In their interviews for The Beatles Anthology, the surviving band members stated that, although none of them ever made the distinction of calling it the “last album”, they all felt when this would very likely be the last Beatles product and therefore agreed to set aside their differences and “go out on a high note”. Abbey Road’s Super Deluxe box set presents 40 tracks – including “The Long One” Trial Edit & Mix for the album’s epic Side 2 medley – on three CDs and one Blu-ray disc.

The four discs are housed in a slip-sleeved 12” by 12” 100-page hardbound book with McCartney’s foreword; Martin’s introduction; insightful, in-depth chapters written by Beatles historian, author, and radio producer Kevin Howlett covering the months preceding The Beatles’ Abbey Road sessions, track-by-track details and session notes, the cover art and photo shoot, and the album’s reception upon its release; plus an essay by music journalist and author David Hepworth looking at the album’s influence through 50 years. 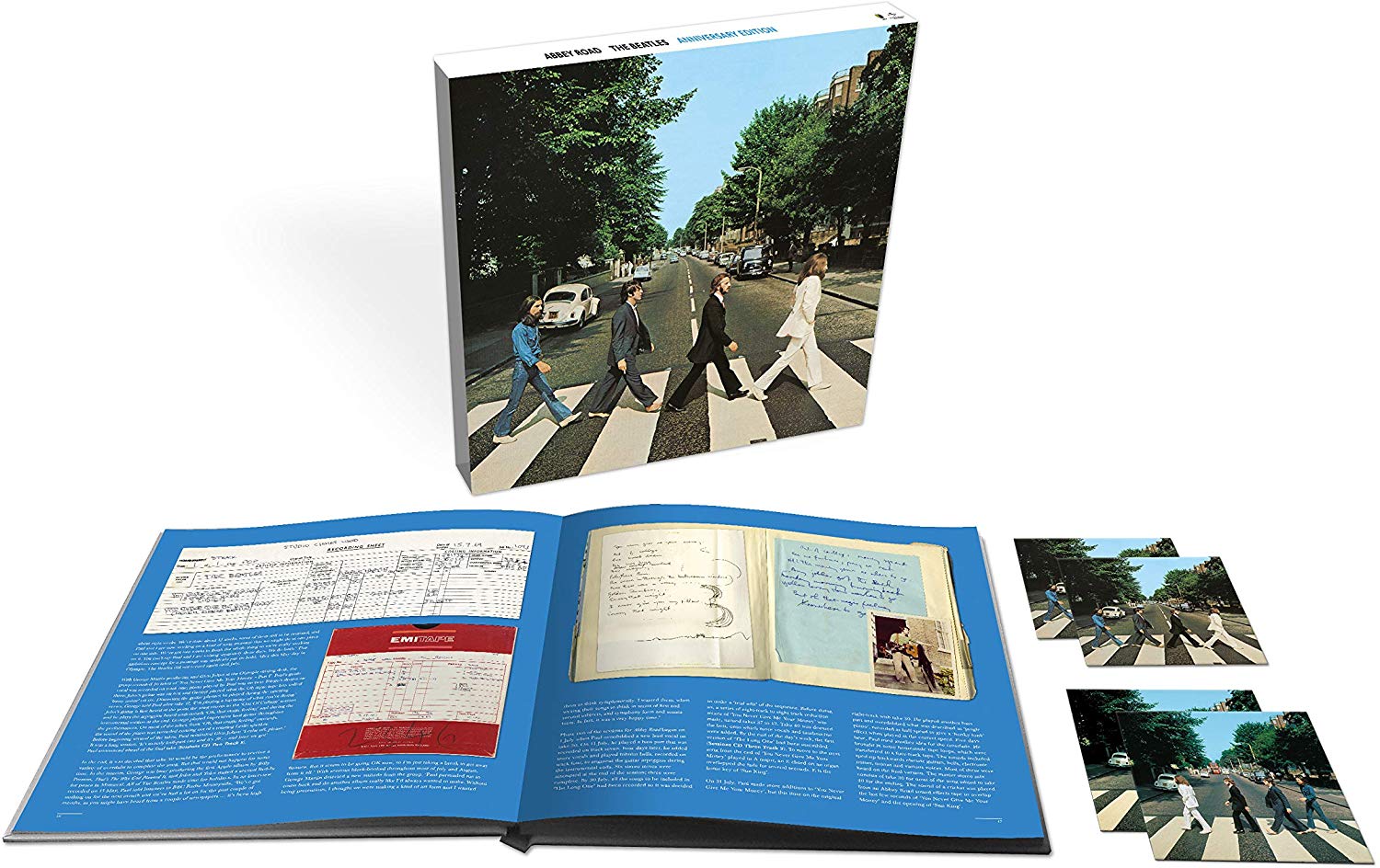