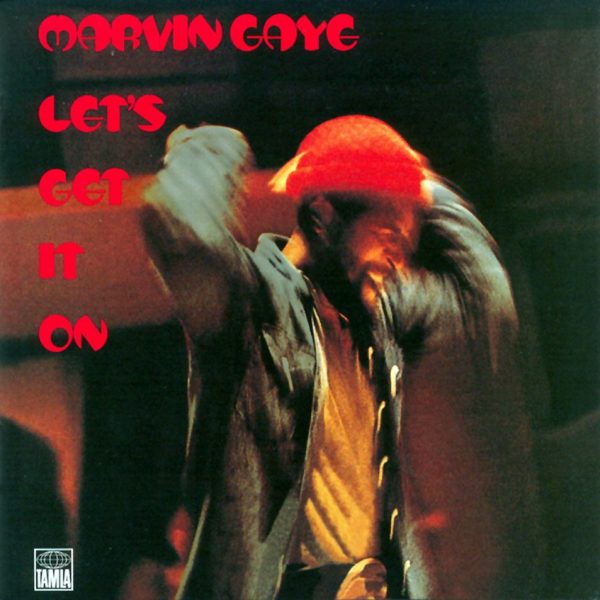 Let’s Get It On is the twelfth studio album by American recording artist Marvin Gaye, released August 28, 1973, on Tamla Records. Recording sessions for the album took place during June 1970 to July 1973 at Hitsville U.S.A. and Golden World Studio in Detroit, and at Hitsville West in Los Angeles. Serving as Gaye’s first venture into the funk genre and romance-themed music, Let’s Get It On incorporates smooth soul, doo-wop, and quiet storm. It has been noted by critics for its sexually suggestive lyrics, and was cited by one writer as “one of the most sexually charged albums ever recorded”. Following the breakthrough success of his socially conscious album What’s Going On (1971), the album helped establish Marvin Gaye as a sex icon and furthered his mainstream appeal. It spawned three singles, “Let’s Get It On”, “Come Get to This”, and “You Sure Love to Ball”, that each attained Billboard chart success. Let’s Get It On became the most commercially successful album of Gaye’s recording career, and it further expanded his creative control during his tenure with Motown. Its sexual balladry, multi-tracking of Gaye’s vocals, and seductive, funk sound influenced later R&B artists and production.

The album has been regarded by many music writers and critics as a landmark recording in soul music. It furthered funk music’s popularity during the 1970s, and its smooth soul sound marked a change for his record label’s previous success with the “Motown Sound” formula. Let’s Get It On has been named one of the best albums of all time by various critics and publications. In 2001, it was reissued by Motown Records as a two-disc deluxe edition release. You Sure Love to Ball:

Come Get To This – Live: