Tony Joe White (born July 23, 1943, Oak Grove, Louisiana, United States) is  best known for his 1969 hit “Polk Salad Annie”; “Rainy Night in Georgia”, which he wrote but was first made popular by Brook Benton in 1970; and “Steamy Windows”, a hit for Tina Turner in 1989. “Polk Salad Annie” was also recorded by Elvis Presley and Tom Jones.

“Elvis’ producer Felton Jervis was a good friend of mine during the early days in Nashville. All of a sudden I released ‘Polk’ and it was a big hit single and then Felton called and invited my wife & me out to Las Vegas to see Elvis perform. He flew us out just to let us see Elvis do it live on stage! He did a good version of it, which of course he recorded for the live album. We hung out with Elvis for 2 or 3 days and just sat back in the dressing room and talked. We played a little guitar together – he really liked music. Elvis said, “Man, I feel like I wrote that song”. I said “You know, the way you do it on stage, it feels like you wrote it”. Elvis always treated me real good.”
– Tony Joe White

Here is another gem from the The Johnny Cash Show, Polk Salad Annie (w/ Johnny Cash):

END_OF_DOCUMENT_TOKEN_TO_BE_REPLACED

I was in San Francisco one time in 1966 and I was attracted to the city. It was the first time I had been there, and I was sitting in this hotel and all these things were going through my head, and I had a flash about an actress in an opera house appearing in a ballet, and I think that’s where the song came from.
-Van Morrison (to Ritchie Yorke)

Ballerina was recorded during the last Astral Weeks session on October 15, 1968 at Century Sound Studios in New York City. Lewis Merenstein was the producer.

He has performed it live 180 times according to the brilliant website ivan.vanomatic.de.

END_OF_DOCUMENT_TOKEN_TO_BE_REPLACED 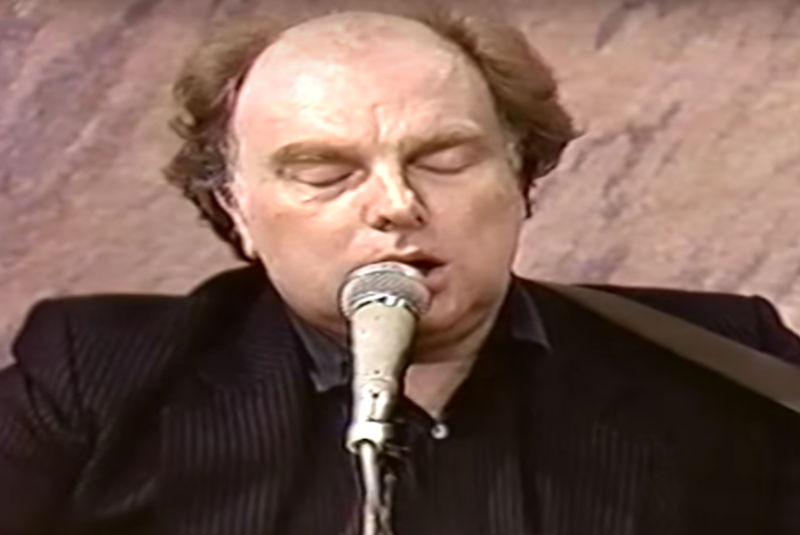 Morrison also made a guest appearance at “The Late Late Show” tribute to The Chieftains.. joining with them on “Star Of The County Down”, [My Lagan Love] & “Marie´s Wedding”, the last with Christy Moore, Gary Moore & Paul Brady.
-Brian Hinton (Celtic Crossroads)

The Late Late Show: Tribute To The Chieftains, RTE, March 1988