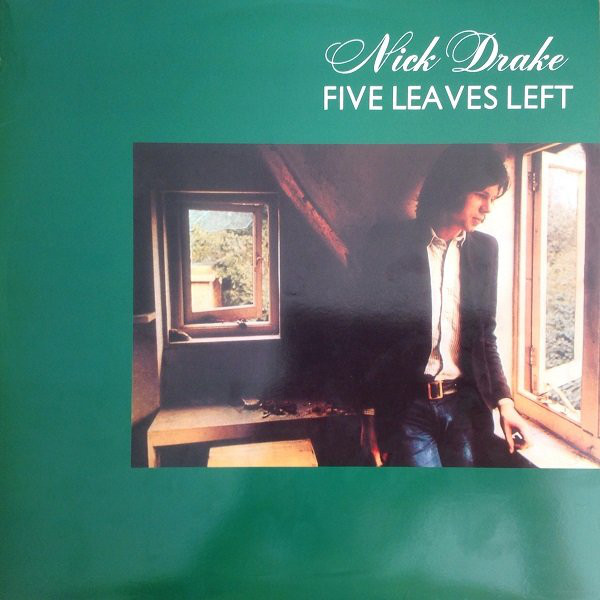 Said she hadn’t heard the news
Hadn’t had the time to choose
A way to lose
But she believes.

Going to see the river man
Going to tell him all I can
About the plan
For lilac time.
(River Man)

Five Leaves Left was recorded between July 1968 and June 1969 at Sound Techniques in London, England. Engineer John Wood recalled that “[Drake] would track live, singing and playing along with the string section” without the use of any overdubbing. For the song “River Man“, producer Joe Boyd described Drake playing on a stool in the centre of the studio while surrounded by a semi-circle of instruments. The studio’s environment was also an important factor as it had multiple levels to it which enabled the creation of interesting sounds and atmospheres.

Among his various backing musicians, Drake was accompanied by Richard Thompson from Fairport Convention and Danny Thompson of Pentangle. Robert Kirby, a friend of Drake’s from his youth, arranged the string instruments for several tracks while Harry Robinson arranged the strings for “River Man”. 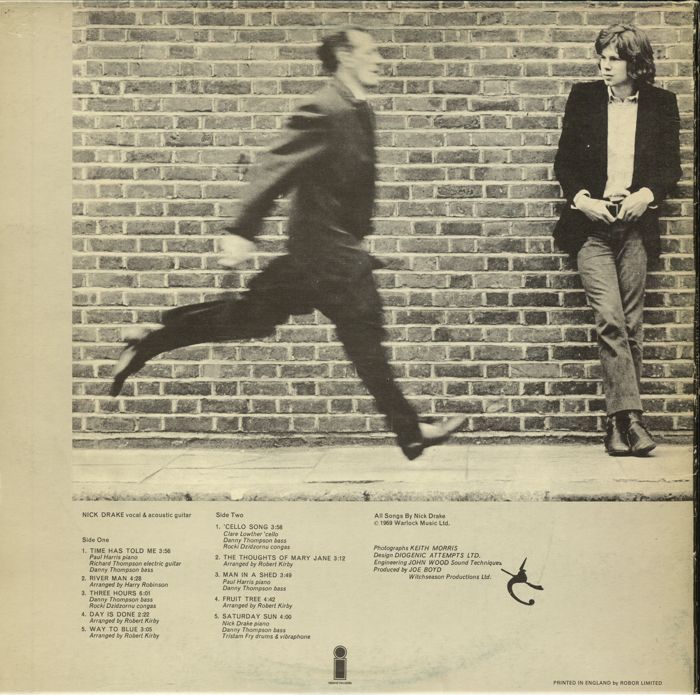 Time Has Told Me:

All tracks written by Nick Drake.