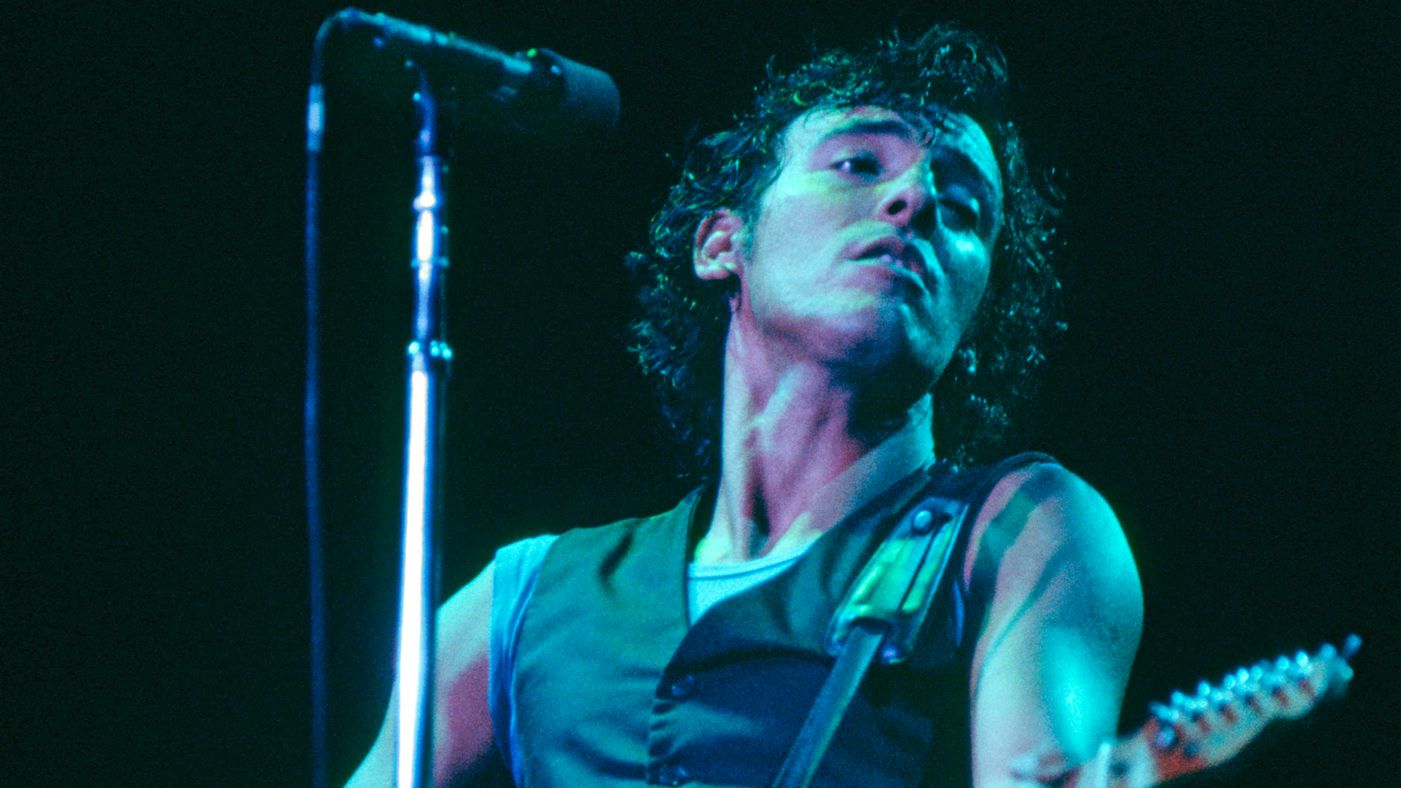 The first time I heard The Promise (the song)  was when “18 tracks” was released in april 1999. I had read about it and had very high expectations, I was not disappointed. The 1999 release is great and it is a new recording of a song written much earlier. Bruce said he couldn’t find a version he liked enough to release on “Tracks” and re-recorded it for “18 Tracks”. This new recording had just Bruce Springsteen and his piano, and he does a toned down but intense version. The sombre  performance enhances the stark qualities of the song.

My fellow Norwegian, director Erik Skioldberg (Insomnia), used the song (twice) in his 2001 film: “Prozac Nation” (with Christina Ricci). There were never released a soundtrack album from the movie.

The song was written some time before august 1976 (when it, to my knowledge, was first performed live) and there are several versions recorded. At least 5, maybe 6. 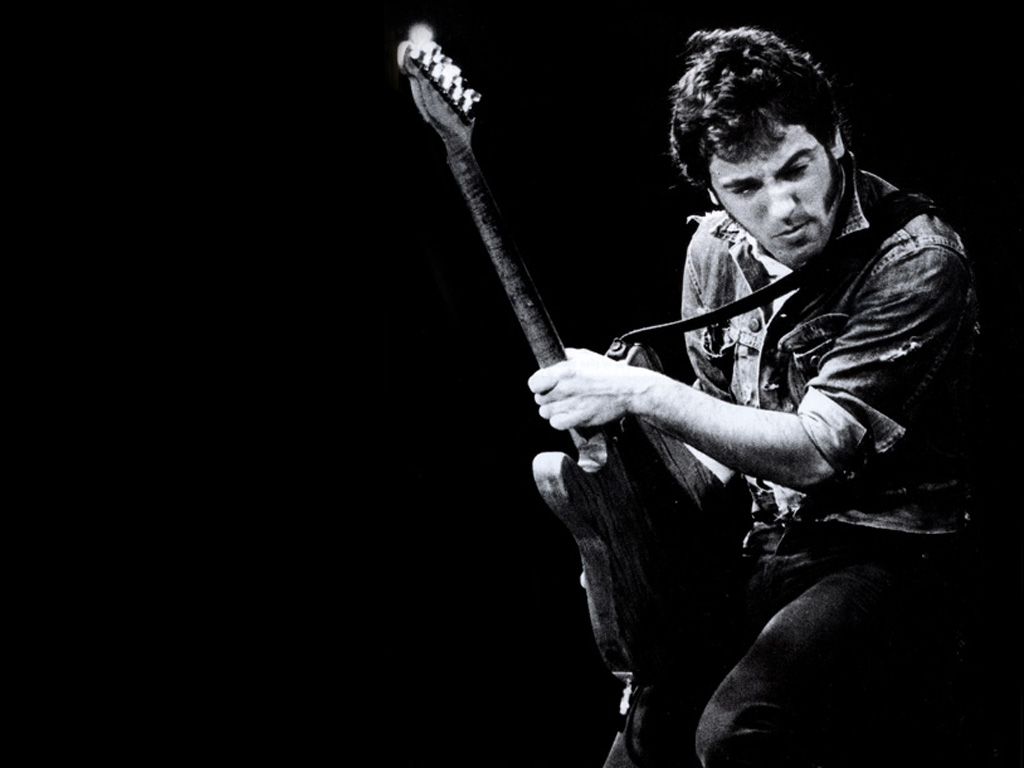 The Story of the song

Several sources say that it was recorded first in 1977, but it was performed live before that. It is a bit strange that it didn’t make it onto the “Darkness” album. The tone and feel of the song fits very much into that sombre “Darkness on the Edge of Town” feeling.

The song was immediately associated with his lawsuit against his ex-manager, Mike Appel. Bruce has denied this was the case on several occasions, but he has also confirmed that it was about the incident with Appel.  On a radio show on SiriusXM (hosted by Dave Marsh) aired in connection to the release of the “Darkness” box-set and “The Promise” (album), Marsh said that “The Promise” was “about possibility”, and Springsteen replied directly: “It’s also about, ‘Gee, I wish I wasn’t sued!’On the documentary included in the Darkness box-set he says it is: “a song about fighting and not winning, it was just about the disappointments of the time.”Springsteen felt the song was too closely connected to the Appel case and decided to leave it off the album. It stayed in his vault for more than twenty years.

“The Promise” is also a kind of sequel to the hopeful “Thunder Road”, and it is a sad sequel. The dreams are still there, but there is a numbness setting in. It has been called the downside of “Thunder Road”. 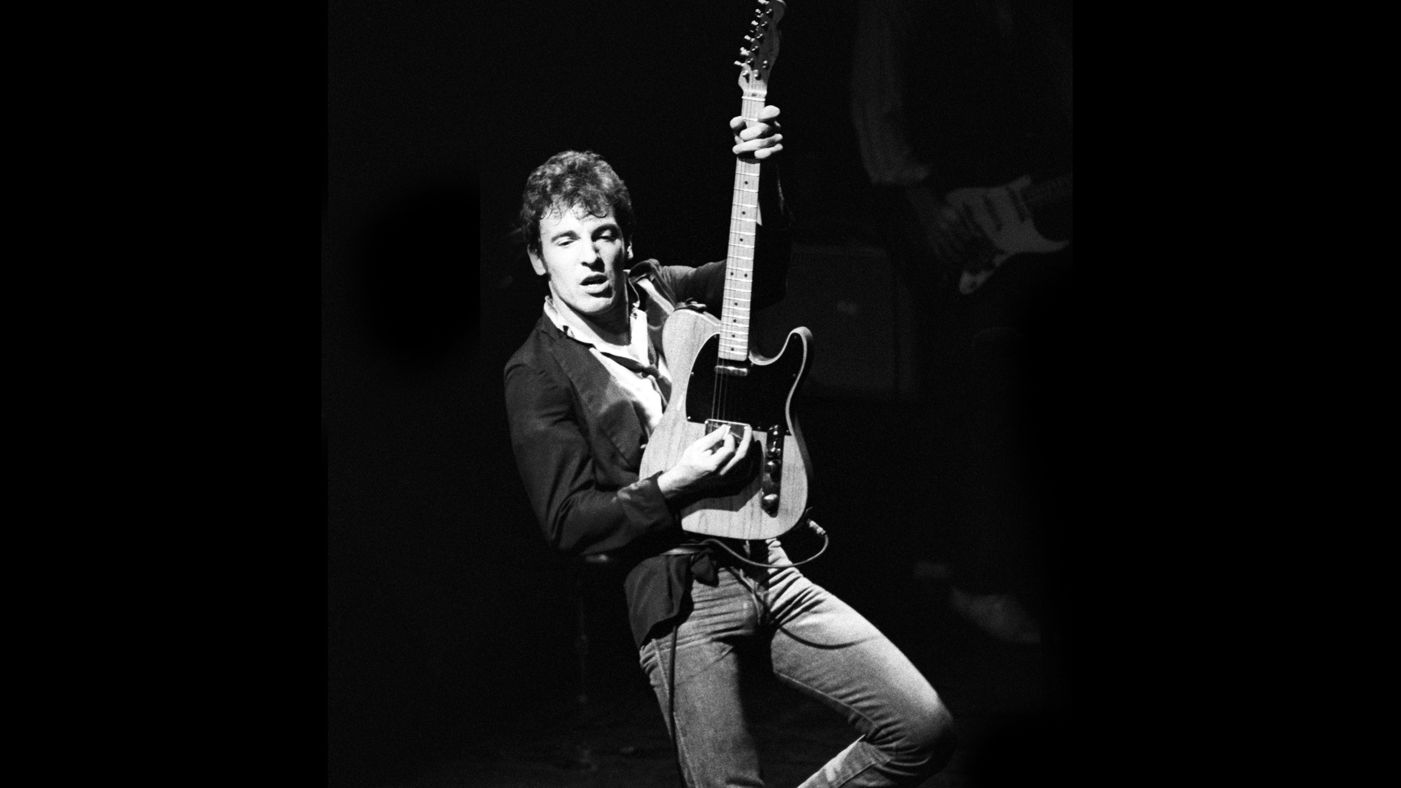 The Lyrics
It has a well-known story-structure and we know the characters from the Springsteen universe. It tells the story of several friends and chronicles where they ended up after getting out the stuck existence on the “Born to run” album. The storyteller “has a little job”, Johnny works in a factory, Billy works downtown and Terry plays in a rock’n roll band. Instead of going to work, some nights the storyteller, goes to the drive-in or he just stays home. We get the impression that the job is not a job that he likes, or that he thinks is important.

Johnny works in a factory, Billy works downtown
Terry works in a rock and roll band lookin’ for that million-dollar sound
I got a job down in Darlington but some nights I don’t go
Some nights I go to the drive-in and some nights I stay home
I followed that dream just like those guys do up on the screen
I drove my Challenger down Route 9 through the dead ends and all the bad scenes
And the promise was broken, I cashed in a few of my own dreams

Springsteen uses a movie metaphor to tell how his protagonist feels, like he has done several times. The Car and the road are equally important parts in this doomed voyage. He explains that he built the car (aka his music), he made the dream possible, but he had to sell it. The dreams of youth traded for cash. The dreams died out on his beloved highway.

Well now I built that Challenger by myself, but I needed money and so I sold it
I lived a secret I should’a kept to myself, but I got drunk one night and I told it
All my life I fought that fight, a fight that you can never win
Every day it just gets harder to live a dream you’re believing in
Thunder Road, oh baby you were so right
Thunder Road, there’s something dyin’ down on the highway tonight

He sings about “Thunder Road”, but the meaning has changed. Now he wants to escape from this situation he is stuck in, on “Born to Run” it was more a form of escape. The two songs (“Thunder Road” and “The Promise”) have similar characters and are placed in similar worlds, but their conclusions couldn’t be further apart. The endings are entirely opposite. One is full of hope the other reeks of resignation. A sad sequel indeed.

Well I won big once and I hit the coast, hey but I paid the big cost
Inside I felt like I was carryin’ broken spirits of all the other ones who lost
When the promise is broken you go on living, but it steals something from down in your soul
Like when the truth is spoken and it don’t make no difference, something in your heart runs cold
I followed that dream through the southwestern tracks, that dead ends in two-bit bars
When the promise was broken I was far away from home sleepin’ in the backseat of a borrowed car

The last four lines are like a mantra of hopelessness. All is lost and he knows he played a big part in the defeat. It’s a cold hard world but he has no choice but to go on living.

I don’t think the song is all despair, it has glimpses of hope, and it’s an ode to the strugglers out there. The ones that keep up the work despite their hard life. I believe it’s about disappointments and lost dreams, but also about change and growing up.

The lyrics are a bit different in the various versions, but the most significant difference are the end lines of the song on the Live version from august 1976 where “Thunder Road” has been replaced by “It’s a loser”:

Even darker than what it later became!

There are 6 known studio versions of the song, and it has been played live on several occasions since august 1976. It got quite a reputation and became a live favourite even before we finally got a studio release in 1999. We got our second and third official releases in 2010 with the “Darkness” box-set and the release of the double album “The Promise”. In addition to these three studio versions, there are three unreleased versions, officially that is. Maybe Bruce has even more recordings of the song laying about…

The Studio versions (that we know of) are:

It was also released officially live on the “Live in NYC” DVD (disc 2).

Live history
22 performances were given during the “Born to Run” tour /“The Lawsuit Tour” (set lists from this period can be incomplete or unknown, and the song might have been played on more dates.)
“The Darkness” tour had at least 20 performances of this song, but there are missing information on some of the set lists on this tour as well, and the song may have been performed more.
“The Reunion” tour, 3 renderings (+ one rehearsal show).
2 performances of the song on “the Rising” tour, Germany, Berlin Velodrom and USA TD Waterhouse, Orlando Florida
“Devils and Dust” tour, performed seven times
It is also included in the “Darkness” box, live from Ashbury Park DVD/Blu-ray.
It was also performed as part of the webcast: Live from The Promise
It was played 5 times in 2012 (I saw the one in Oslo)
It was played twice in 2013
It was played 2 times on the High Hopes tour in 2014 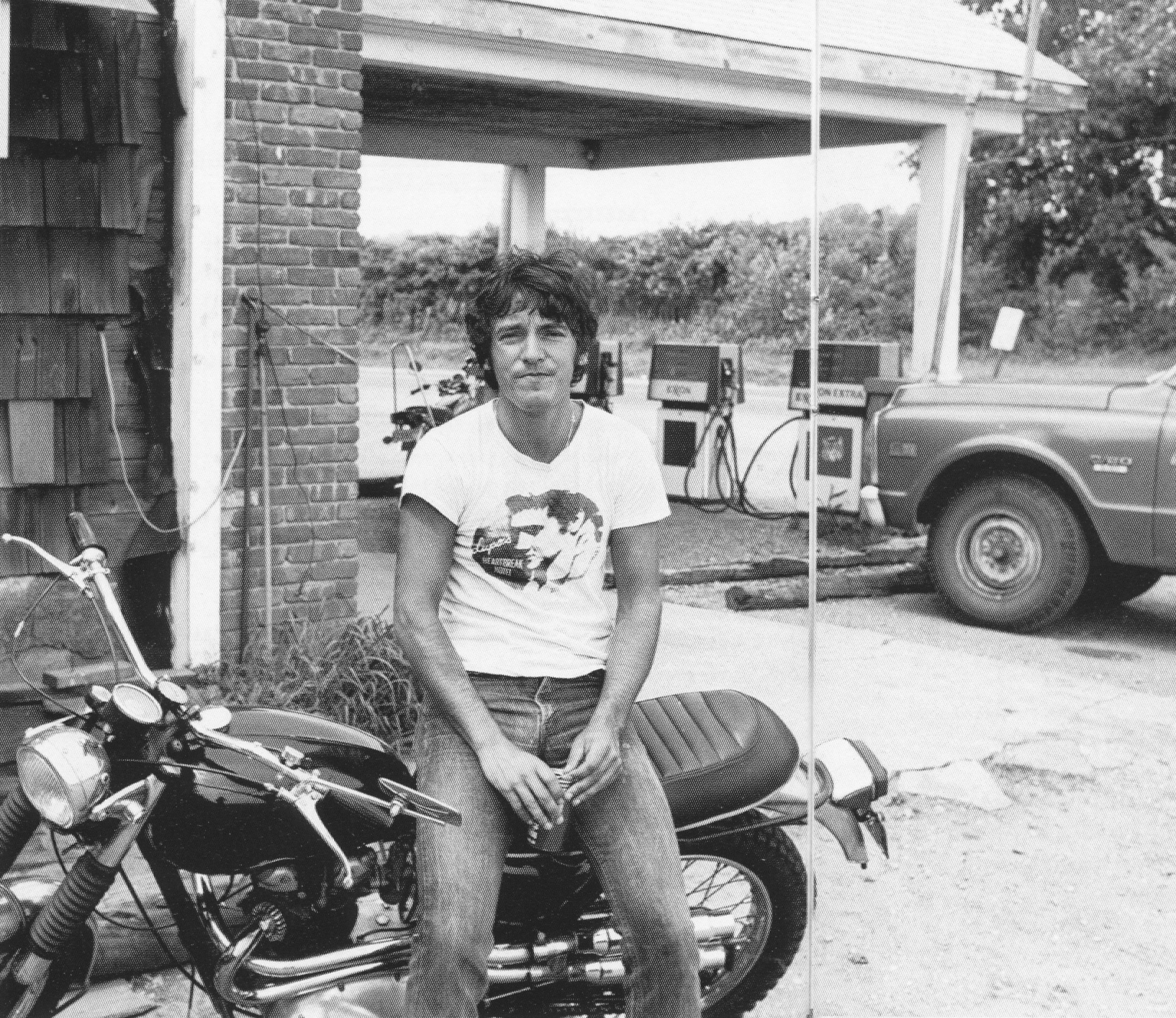 It is a fantastic song, and of course it should have been on the original “Darkness on the Edge of town” release. It embodies the Springsteen sound of that time, and it is a quintessential Bruce Springsteen song.

That great piano intro, the known characters, the cars, the highway, the romanticism, the despair and the ode to the working man.

My favourite is the unofficial august 1977 version, with it’s slow build up and heavy drums. This is, in a way, a combination of the stark 1999 version and the official 1977 version. It takes the best from both, and we get the definitive The Promise. 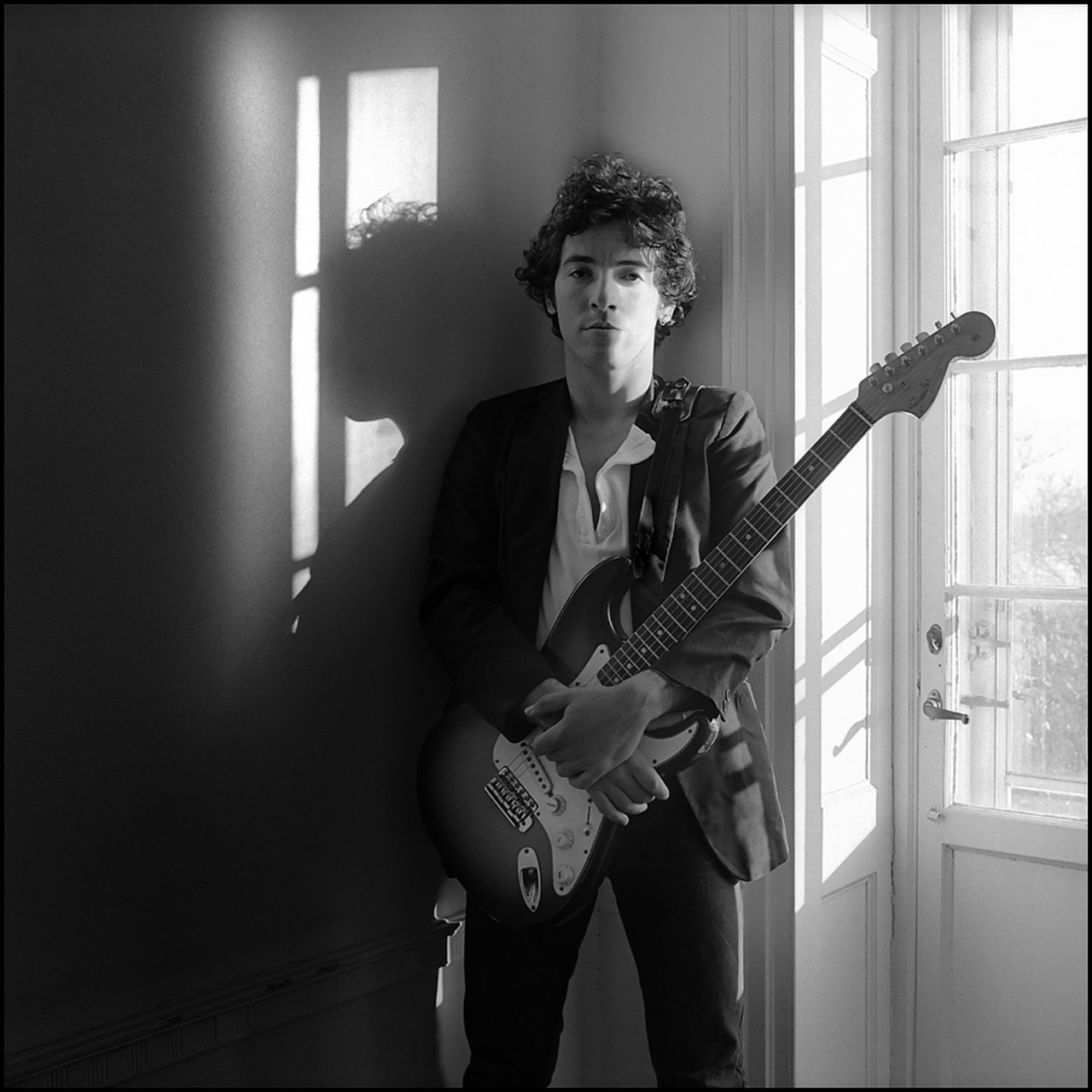