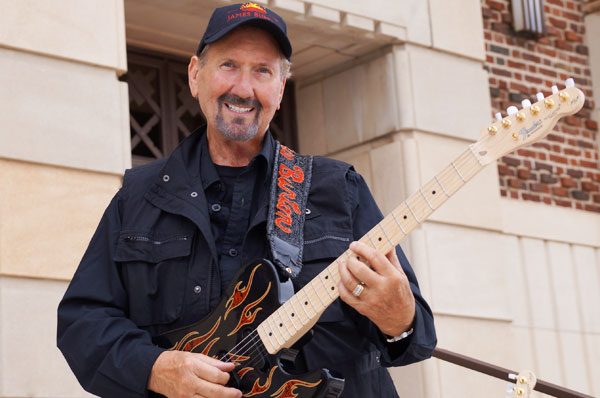 James Edward Burton (born August 21, 1939, in Dubberly, Louisiana) is an American guitarist. A member of the Rock and Roll Hall of Fame since 2001 (his induction speech was given by longtime fan Keith Richards), Burton has also been recognized by the Rockabilly Hall of Fame and the Musicians Hall of Fame and Museum. Critic Mark Demming writes that “Burton has a well-deserved reputation as one of the finest guitar pickers in either country or rock … Burton is one of the best guitar players to ever touch a fretboard.”

Since the 1950s, Burton has recorded and performed with an array of notable singers, including: