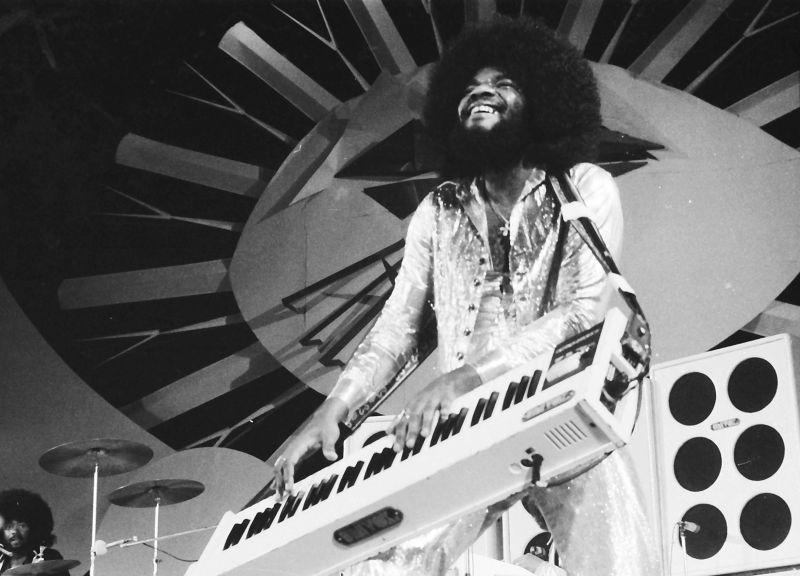 William Everett “Billy” Preston (September 2, 1946 – June 6, 2006) was an American musician whose work included R&B, rock, soul, funk and gospel. A virtuoso keyboardist, particularly on Hammond organ, Preston was recognized as a top session musician in the 1960s, during which he backed artists such as Little Richard, Sam Cooke, Ray Charles and the Beatles. He then went on to achieve fame as a solo artist, with hit pop singles including “That’s the Way God Planned It”, “Outa-Space”, “Will It Go Round in Circles”, “Space Race”, and “Nothing from Nothing”.

In addition, Preston co-wrote “You Are So Beautiful”, which became a number 5 hit for Joe Cocker. Preston continued to record and perform with other artists, notably George Harrison after the Beatles’ break-up, and Eric Clapton, and he played keyboards for the Rolling Stones on many of the group’s albums and tours during the 1970s.

Alongside Tony Sheridan, Preston was the only other musician to be credited on a Beatles recording: the artists on the number-one hit “Get Back” are given as “The Beatles with Billy Preston”.

Billy Preston on SOUL! – Will It Go Round In Circles – 2/28/73:
This is a 1 hour live concert with Billy Preston at his prime during the “Music is My Life” period. It features Louis and George Johnson on bass and guitar as members of Preston’s God Squad band.

His solo work would secure him a place in soul-heaven, his work with The Beatles and Stones is just bonus. Who else can we say that about? We miss him

Outta Space – Billy Preston and The Rolling Stones in a fantastic live performance: