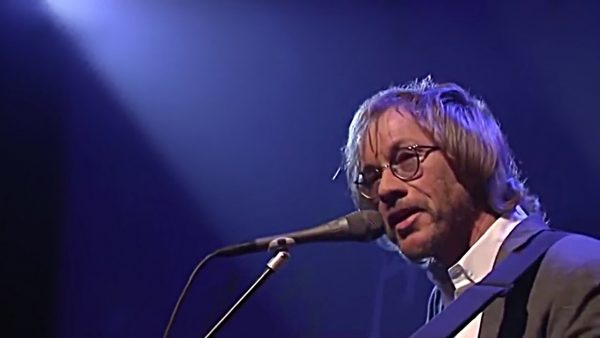 On May 14, 2000 …Zevon appeared as a musical guest on the long-running BBC TV music variety series Later . . . with Jools Holland, where he performed a deep track from the new album—the frank, foreboding, and funny “My Shit’s Fucked Up.”

Shadowy and sparse musically and visually, the lurking live rendition of “My Shit’s Fucked Up” is unequivocally one of Zevon’s most captivating solo performances, electric or acoustic; one that would ironically accumulate significant emotional consequence. The song, the album, and Zevon’s peripheral performance became prophetic, unknowingly setting a haunting tone for his next three years and records.
-George Plasketes (Warren Zevon: Desperado of Los Angeles)

I had a dream
Ah, shucks, oh, well
Now it’s all fucked up
It’s shot to hell

Yeah, yeah, my shit’s fucked up
It has to happen to the best of us
The rich folks suffer like the rest of us
It’ll happen to you

That amazing grace
Sort of passed you by
You wake up every day
And you start to cry
Yeah, you want to die
But you just can’t quit
Let me break it on down:
It’s the fucked up shit