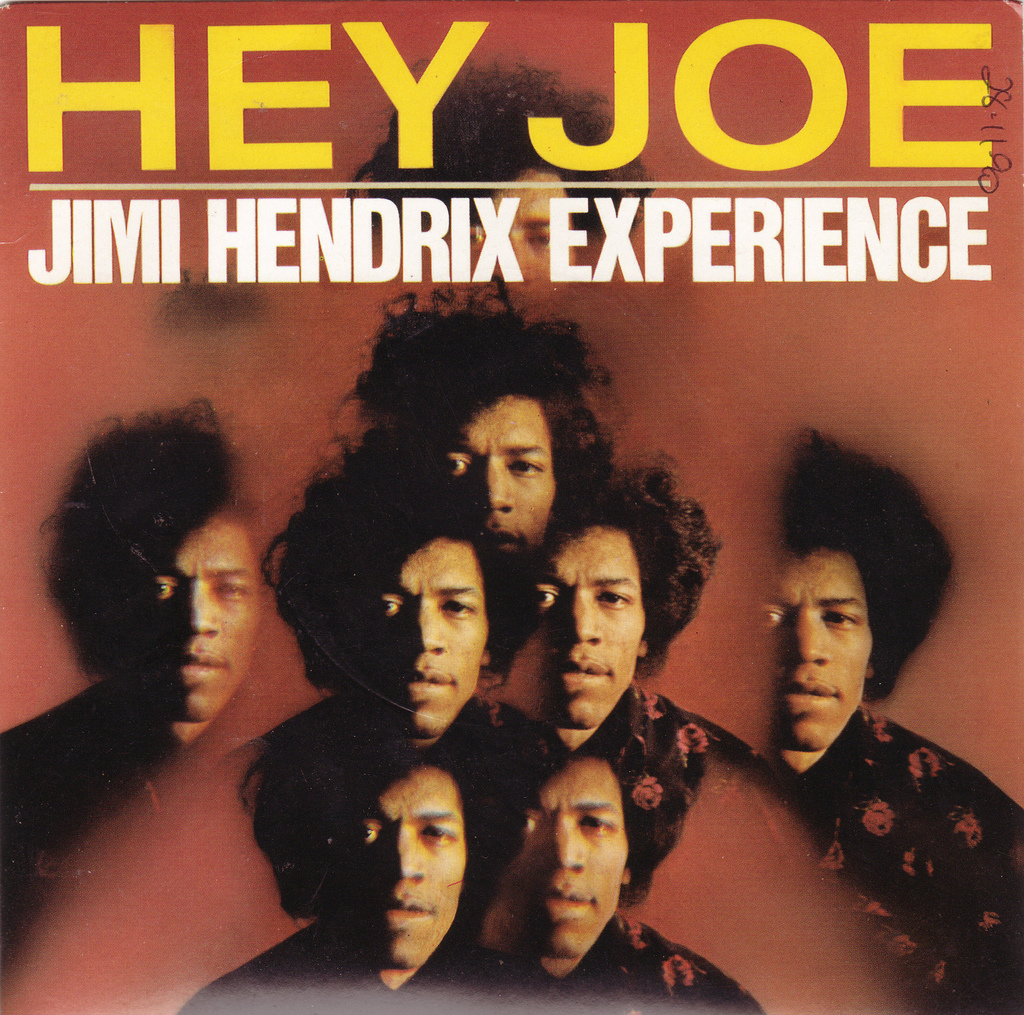 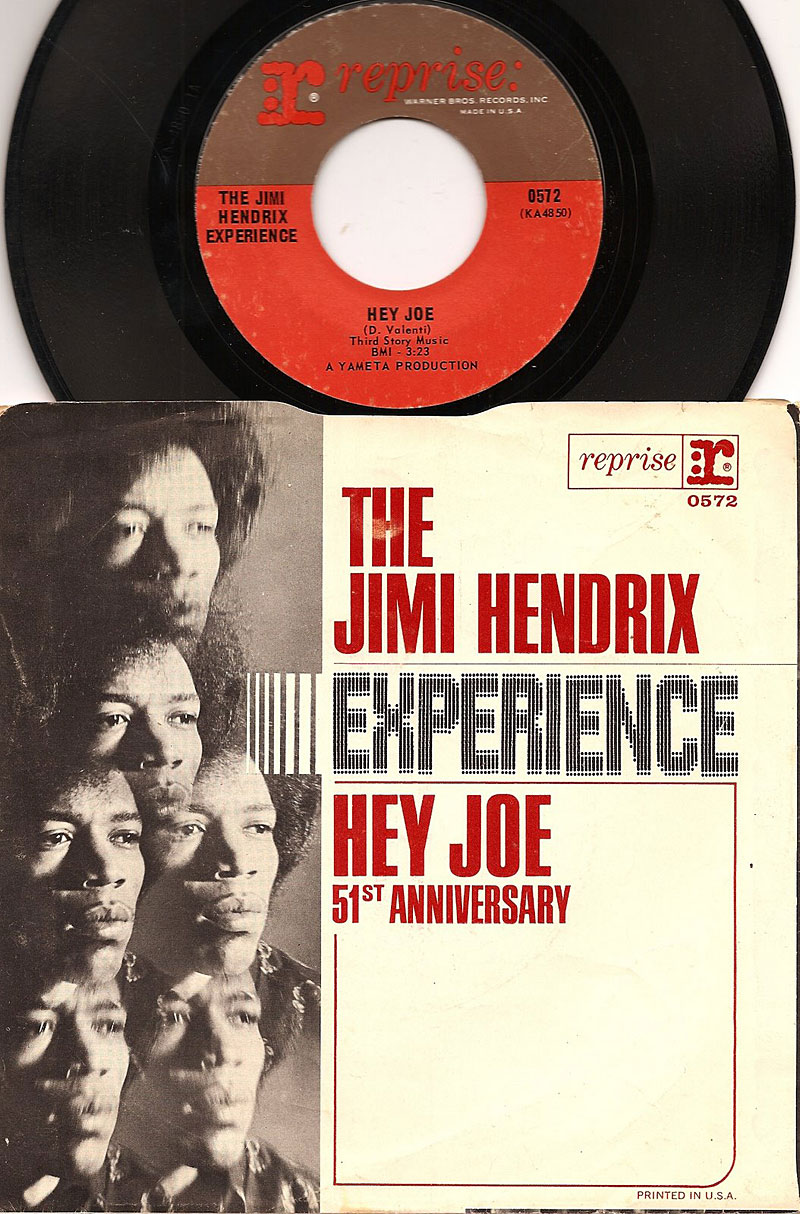 Some accounts credit the slower version of the song by the British band The Creation as being the inspiration for Hendrix’s version; Chandler and Hendrix saw them perform the song after Jimi arrived in the UK, although The Creation’s version was not released until after Hendrix’s. It is unclear if the members of The Creation had heard Tim Rose’s version. 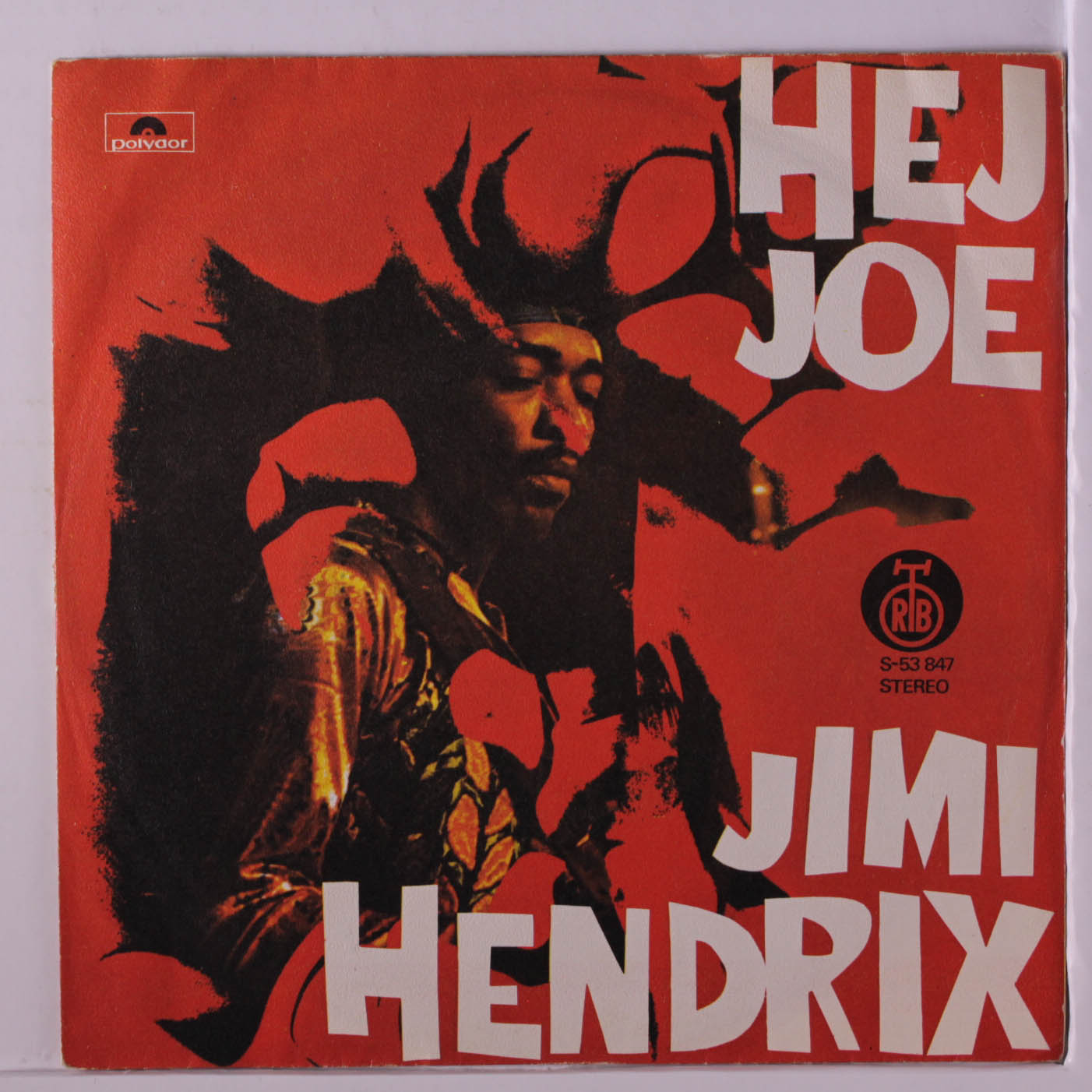 Released in December 1966, Hendrix’s version became a hit in the United Kingdom, entering the Top 10 of the UK Singles Chart in January 1967 and peaking at #6. The single was released in the United States on May 1, 1967 with the B-side “51st Anniversary” but failed to chart.  “Hey Joe”, as recorded by The Jimi Hendrix Experience, with backing vocals by the Breakaways, remains the best-known version of the song and is listed as No. 201 on Rolling Stone magazine’s The 500 Greatest Songs of All Time. In 2009 it was named the 22nd greatest hard rock song of all time by VH1. “Hey Joe” was the last song Jimi Hendrix performed at the Woodstock festival in 1969 and as such, it was also the final song of the whole festival. The song was performed after the crowd, comprising the 80,000 who hadn’t yet left the festival, cheered for an encore