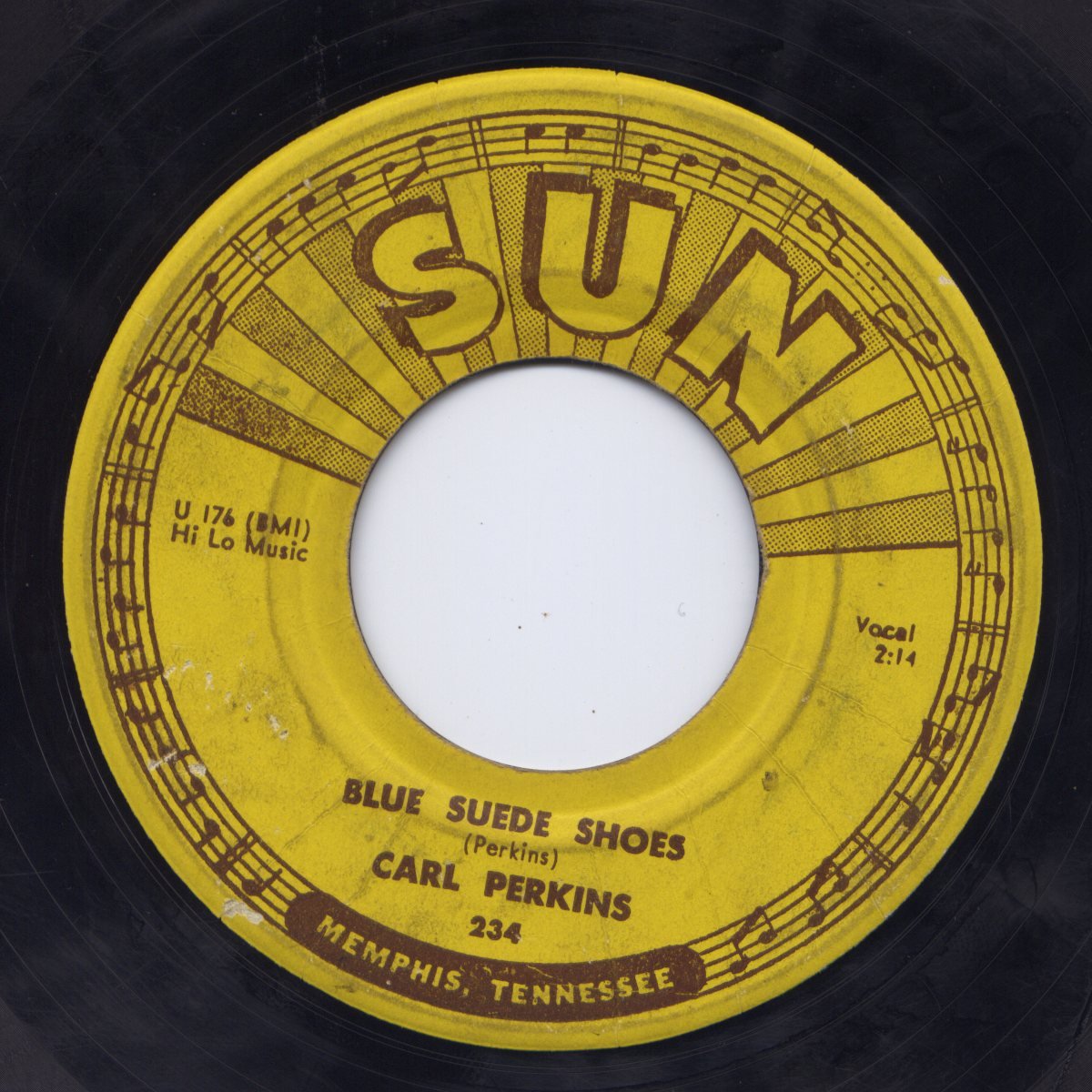 “Blue Suede Shoes” is a rock and roll standard written and first recorded by Carl Perkins in 1955 and is considered one of the first rockabilly (rock and roll) records and incorporated elements of blues, country and pop music of the time. Perkins’ original version of the song was on the Cashbox Best Selling Singles list for 16 weeks, and spent 2 weeks in the No. 2 position. 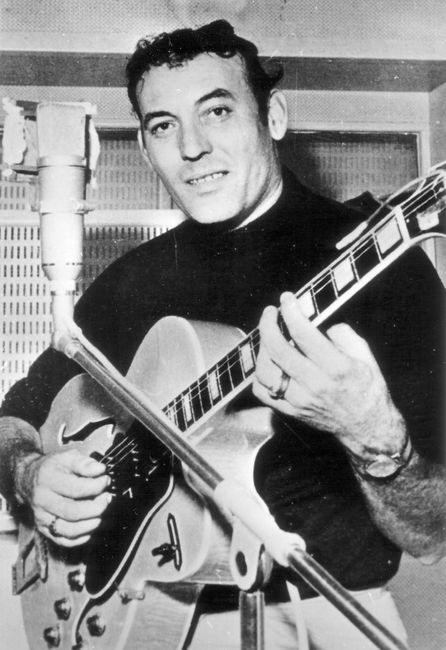 Johnny Cash planted the seed for the song in the fall of 1955, while Perkins, Cash, Elvis Presley, and other Louisiana Hayride acts toured throughout the South. Cash told Perkins of a black airman, C. V. White, whom he had met when serving in the military in Germany, who had referred to his military regulation airmens shoes as “blue suede shoes.” Cash suggested that Carl write a song about the shoes. Carl replied, “I don’t know anything about shoes. How can I write a song about shoes?”

When Perkins played a dance on December 4, 1955, he noticed a couple dancing near the stage. Between songs, Carl heard a stern, forceful voice say, “Uh-uh, don’t step on my suedes!” Carl looked down and noted that the boy was wearing blue suede shoes and one had a scuff mark. Good gracious, a pretty little thing like that and all he can think about is his blue suede shoes, thought Carl. 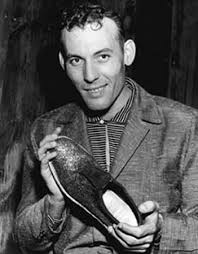 That night Perkins began working on a song based on the incident. His first thought was to frame it with a nursery rhyme. He considered, and quickly discarded “Little Jack Horner…” and “See a spider going up the wall…”, then settled on “One for the money…” Leaving his bed and working with his Les Paul guitar, he started with an A chord. After playing five chords while singing “Well, it’s one for the money… Two for the show… Three to get ready… Now go, man, go!” he broke into a boogie rhythm. He quickly grabbed a brown paper potato sack and wrote the song down, writing the title out as “Blue Swade”; “S-W-A-D-E – I couldn’t even spell it right,” he later said. According to Perkins, “On December 17, 1955, I wrote ‘Blue Suede Shoes’. I recorded it on December 19,” releasing the second take of the song. Producer Sam Phillips suggested that Perkins’s line “go cat go” be changed to “go man go”, but it wasn’t.