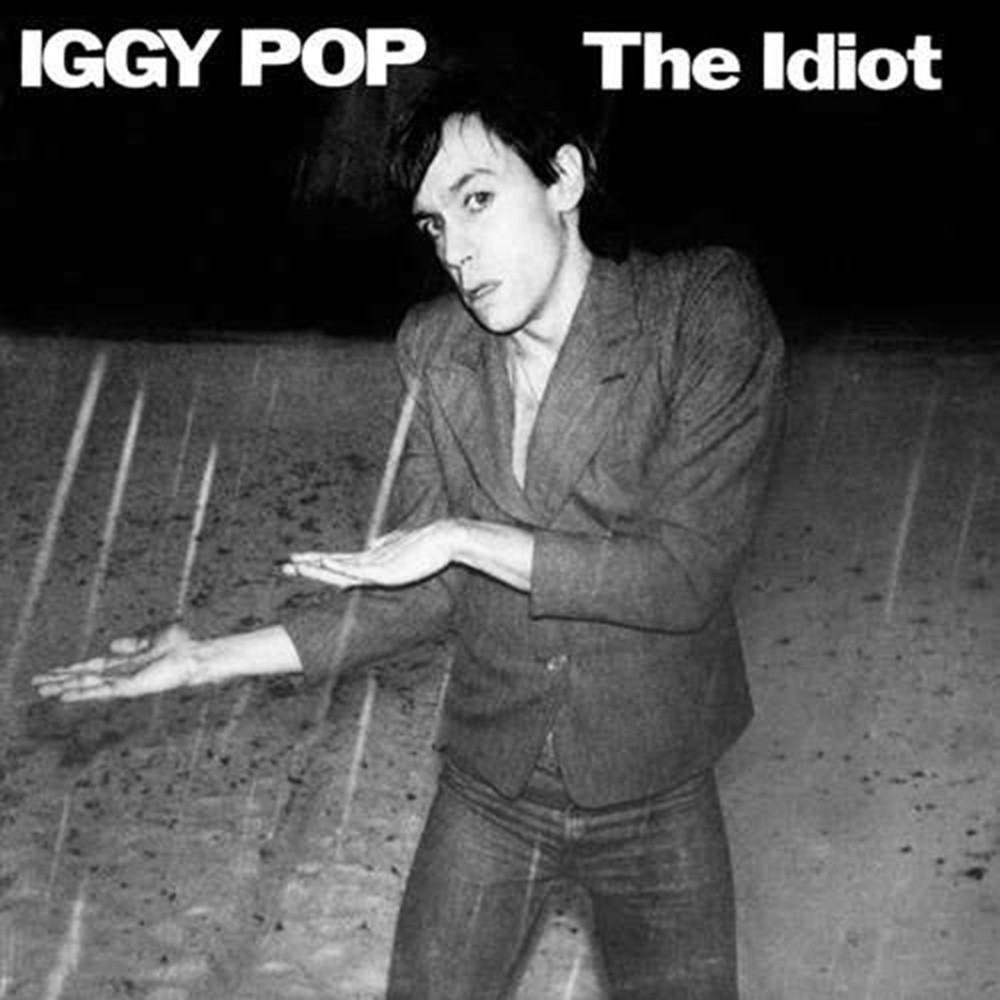 There are anecdotes about Bowie’s touring musicians  at the ’76 tours, they would find Iggy at breakfast, wearing his glasses, drinking coffee and reading political columns in European newspapers. “Musically, The Idiot is of a piece with the impressionistic music of Bowie’s “Berlin Period” (such as Heroes and Low), with it’s fragmented guitar figures, ominous basslines, and discordant, high-relief keyboard parts. Iggy’s new music was cerebral and inward-looking, where his early work had been a glorious call to the id, and Iggy was in more subdued form than withthe Stooges, with his voice sinking into a world-weary baritone that was a decided contrast to the harsh, defiant cry heard on “Search and Destroy.” Iggy was exploring new territory as a lyricist, and his songs on The Idiot are self-referential and poetic in a way that his work had rarely been in the past; for the most part the results are impressive, especially “Dum Dum Boys,” a paean to the glory days of his former band, and “Nightclubbing,” a call to the joys of decadence.”
– Mark Deming (Allmusic) – 5 out of 5 stars

The Idiot is one of those few perfect albums, and it is every bit as fantastic as you’d expect from two of rock’s most iconic and important artists.

The Idiot has been massively influential. We hear traces of David Bowie and Iggy Pop’s bleak, “european” rock in many bands; Joy Division especially. Ian Curtis sadly chose The Idiot to be the last album he listened to on the night of his suicide.

The Idiot is a consistently stunning and ground-breaking listen which breathed life into Iggy Pop’s  career after The Stooges, The Idiot is one of the most defining and essential albums of its era.

David Bowie would later use some of The Idiot’s co-written material for his own releases. He reworked the opening track Sister Midnight, changed the lyrics quite a bit and released it on his album  Lodger as Red Money, and his version of China Girl on the record Let’s Dance’ became a massive hit.