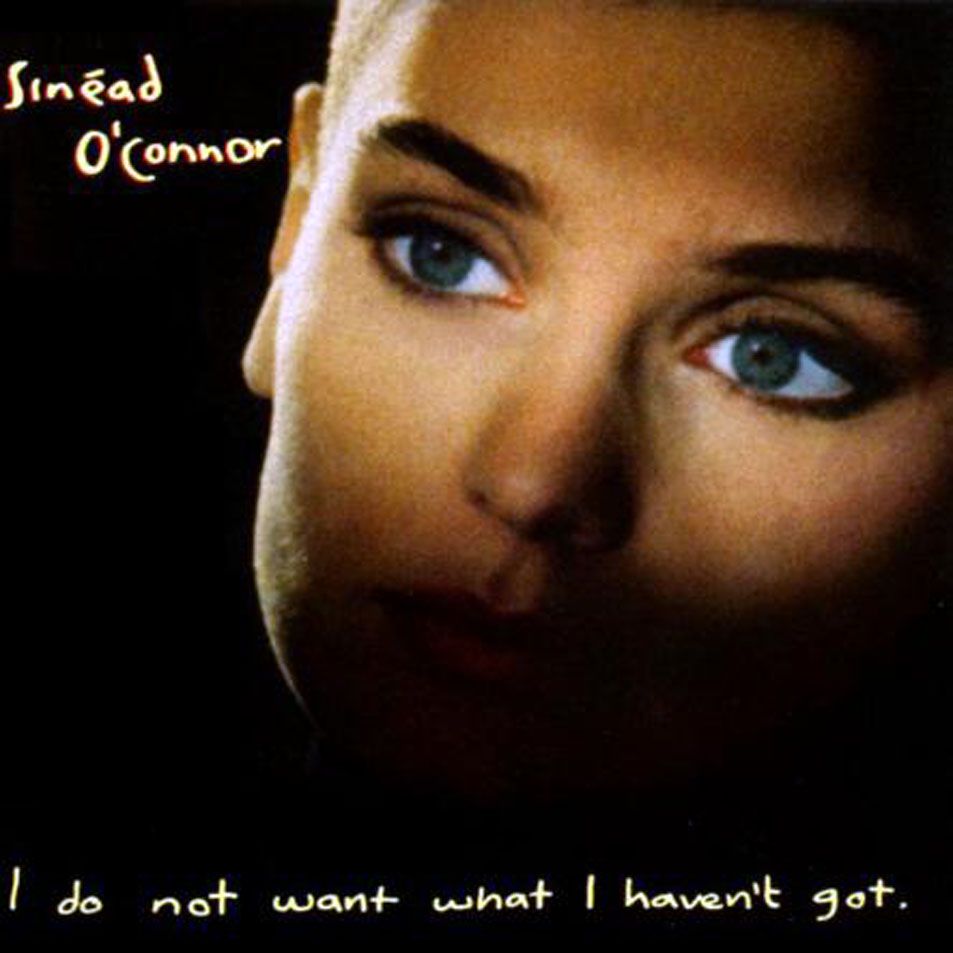 I Do Not Want What I Haven’t Got is the second album by Sinéad O’Connor, released 20th of March in 1990 on Ensign/Chrysalis Records. It contains O’Connor’s version of the Prince song “Nothing Compares 2 U”, which was released as a single and reached number one in multiple countries. The album was nominated for four Grammy Awards in 1991, including Record of the Year, Best Female Pop Vocal Performance, and Best Music Video, Short Form for “Nothing Compares 2 U”

The critically acclaimed album contains O’Connor’s most famous single, “Nothing Compares 2 U”, which was one of the best selling singles in the world in 1990, topping the charts in many countries including the United States, United Kingdom and Canada. This rendition of the Prince song reflected on O’Connor’s mother who lost her life in an auto accident five years earlier.

Do Not Want What I Haven’t Got received critical acclaim. In 2003, the album was ranked number 406 on Rolling Stone magazine’s list of the 500 greatest albums of all time.

My favourite track on the album, Black Boys on Mopeds:

“..the album plays like a tour de force in its demonstration of everything O’Connor can do: dramatic orchestral ballads, intimate confessionals, catchy pop/rock, driving guitar rock, and protest folk, not to mention the nearly six-minute a cappella title track. What’s consistent throughout is the frighteningly strong emotion O’Connor brings to bear on the material, while remaining sensitive to each piece’s individual demands. “
– Steve Huey (allmusic)

Sinéad O’Connor – I Do Not Want What I Haven’t Got: