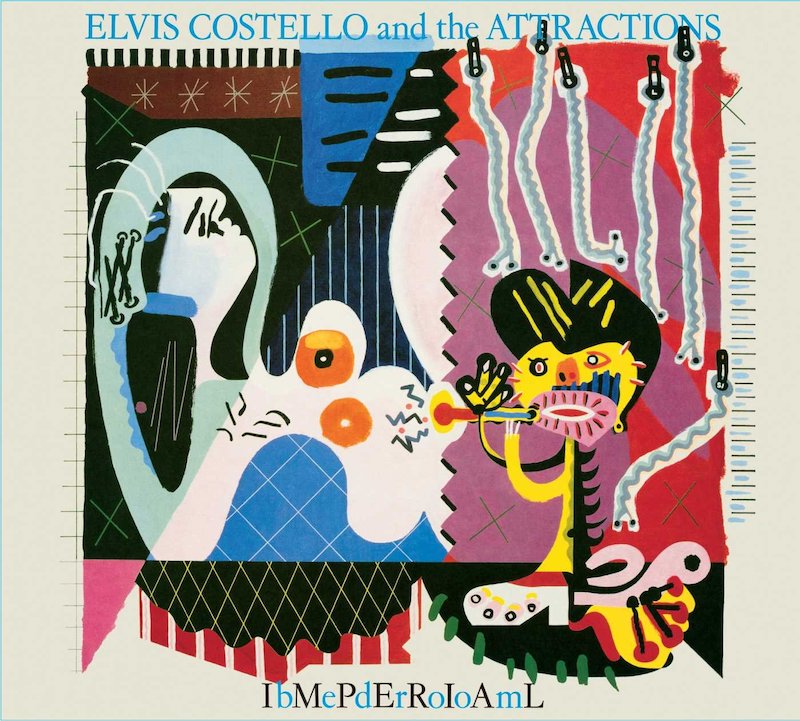 It may not have been a commercial blockbuster, but it certainly earned the respect of legions of musicians and critics who would have previously disdained such a punk rocker. And, perhaps, that’s also the reason that he abandoned this immaculately crafted style of work on his next album, Punch the Clock.
-Stephen Thomas Erlewine (allmusic.com)

Elvis Costello’s Imperial Bedroom is really a mansion, each of whose rooms is decorated with painstaking care and detail by the artist. In every aspect of this masterfully wrought, conceptually audacious project, he’s managed to bulwark his emotional directness with vision and clarity — and to make an album that lingers and haunts long after the last note has died out. Like a long, episodic novel — or a long, episodic relationship — you can look back when it’s over and measure how far you’ve traveled.
-Parke Puterbaugh (rollingstone.com)

Man Out of Time:

Wikipedia:
Imperial Bedroom is a 1982 album by Elvis Costello and the Attractions. It was the second Costello album, after Almost Blue, not produced by Nick Lowe. Production duties were handled by Beatles engineer Geoff Emerick. “I wanted to try a few things in the studio that I suspected would quickly exhaust Nick’s patience,” as Costello put it in the liner notes to the 1994 Rykodisc reissue. 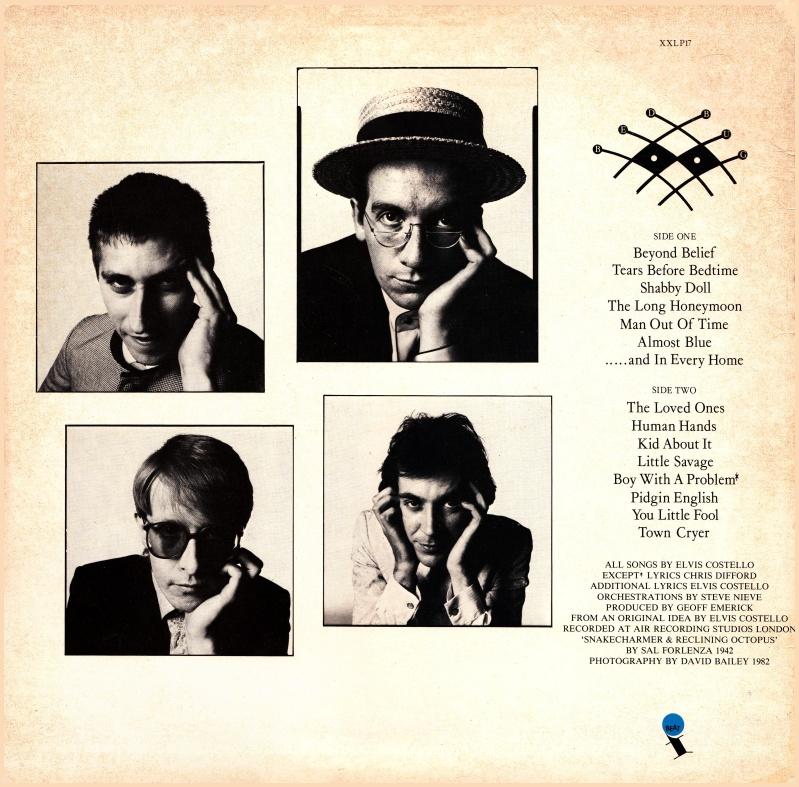 I admit it–I love the lyric sheet. Helps me pay attention, though not always, and persuades me absolutely that “The Long Honeymoon” and “Kid About It” are as great as songwriting ever gets. But it also shores up my impression that he can be precious lyrically, vocally, and musically, and gnomic for no reason at all–in short, pretentious. And while I’m glad he’s got soul, too often he invests emotion in turns of phrase he should play cool.
–Robert Christgau

All songs written by Elvis Costello unless otherwise indicated.