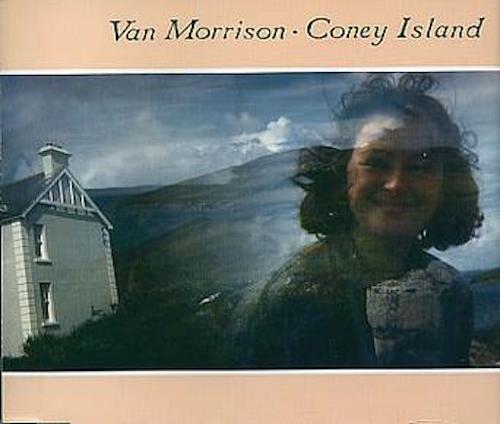 Coney Island
Coming down from Downpatrick
Stopping off at St. John’s Point
Out all day birdwatching
And the craic was good 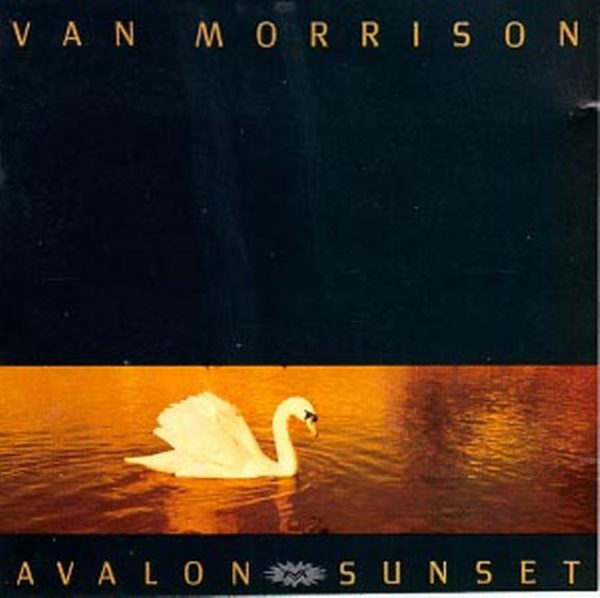 “Coney Island” is a spoken-word song written by Northern Irish singer-songwriter Van Morrison and included on his 1989 album, Avalon Sunset. The narrative is accompanied by lush instrumentation which contrasts with Morrison’s thick Ulster brogue.

The singer revisits his youthful trips with his mother to the seaside at Coney Island, in County Down, Northern Ireland. The trip from Belfast in the song names the localities of Downpatrick, St. John’s Point, Strangford Lough, Shrigley, Killyleagh, Lecale District and Ardglass. The narrative vividly pictures a bright autumn day of birdwatching, stopping for Sunday papers, and for “a couple of jars of mussels and some potted herrings in case we get famished before dinner.” A reviewer noted: “You get a great rush of satisfaction here; in knowing that Van Morrison, despite his long, painful progress towards spiritual election, is still a ravenous foodie at heart.”

Here are the Newcastle 1992 version:

`Coney Island’ is introduced formally by the voice, in the poetic tradition; Coney Island is the destination but its two words are also the first words of the piece. The text is full of sensual references: the food, the light, the appetite: `The light comes streaming through the window, `I look at the side of your face, `In case we get famished before dinner. Fascinatingly the lyric slips from the past tense ‘And the crack was good’ to `and the crack is good’ (my italics), like the final line of `Orangefield’ which hauls the emotion into the here and now. It has the nature of a travelogue but the landmarks and place names are cinematically employed, for their semiotic and sensual richness, even in the relish with which he says the place names. The piece takes place in Autumn sunshine (mentioned twice) and there is a sense of fullness, richness, a connection to the land. Here the harvest is in, the sun is setting, displaying a connection between a sense of the rhythm of the seasons, but also of time. It is an awareness which is both wide awake and intuitive but also dreamlike and melancholic; a melancholic intuition, which is both enjoyed and visually realized: `I look at the side of your face, as the sunlight comes / Streaming through the window, autumn sunshine.
–> Peter Mills (Hymns to the Silence – Inside the Words and Music of Van Morrison)

With “Coney Island” we are back in lush pastures, all harps, strings and mournful French horn. Yet instead of drifting into the ether, Morrison delivers a wry prose poem hymning the pleasures of bird-watching, autumn sunshine and pottered herring along the coast of County Down (a boyhood haunt). It’s an earthly idyll whose final line. “Wouldn’t it be great if it was like this all the time?” urges us to get a little more paradise in our lives. A two-minute gem.
–> Neil Spencer (The Ultimate Music Guide – Van Morrison  – UNCUT Magazine)

The theme of nature’s therapeutic benefits returns for the simply magnificent Coney Island. It is a definite album highlight with Van’s heavy Irish accent ideally suited for describing an idyllic day. He speaks the words, which describes a picturesque scene at Coney Island. Such is the detail, you can actually envisage sharing the variety of fish mentioned. The strings are beautifully executed and really add to the atmosphere; Morrison seems keen to repeat this day over and over again. The accent is central in helping create the feeling that the listener is actually heading to the location of Coney Island. I refuse to spoil the enjoyment most new listeners will get listening to Van’s pronunciations of certain words. Overall it feels like Van describing the perfect day, a walk through the countryside, reading the newspapers and maybe a quiet beer on a sunny, Autumnal day. All of this is vividly captured in just over two minutes. Maybe one shouldn’t mess with perfection, but an additional few minutes would not have gone amiss. I cannot imagine how many times I’ve played this song; I treat it as a comfort blanket. The spoken word is something that Van has used and would continue to repeat either for the whole or passages of his songs. His voice is well suited to this technique. His native Irish accent is very distinct and contains definite warmth that maintains the song’s interest.
–> Mark Holmes (Van Morrison 20 Best Albums: A Guide (Kindle Edition))

Coney Island
Coming down from Downpatrick
Stopping off at St. John’s Point
Out all day birdwatching
And the craic was good
Stopped off at Strangford Lough
Early in the morning
Drove through Shrigley taking pictures
And on to Killyleagh
Stopped off for Sunday papers at the Lecale District,
Just before Coney Island

On and on, over the hill to Ardglass
In the jam jar, autumn sunshine, magnificent
And all shining through

On and on, over the hill and the craic is good
Heading towards Coney Island

I look at the side of your face as the sunlight comes
Streaming through the window in the autumn sunshine
And all the time going to Coney Island I’m thinking,
Wouldn’t it be great if it was like this all the time.