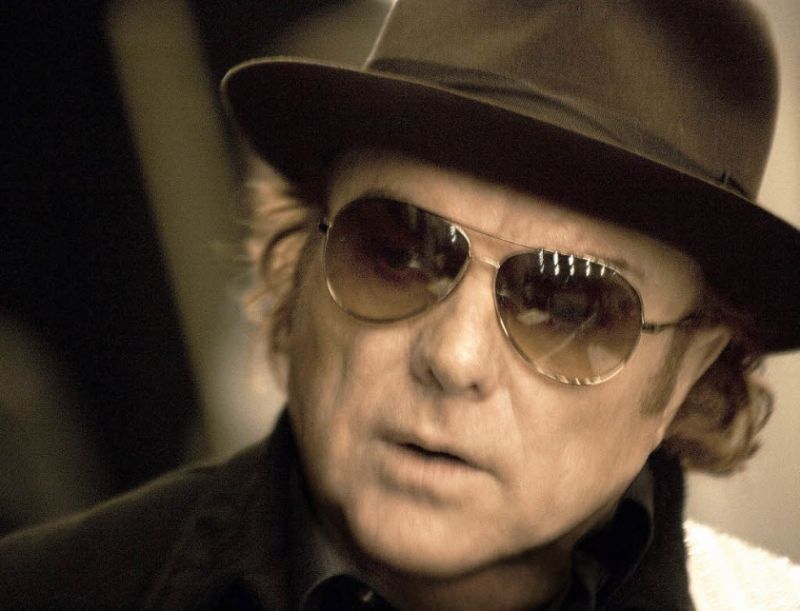 Much of Morrison’s music is structured around the conventions of soul music and R&B, such as the popular singles “Brown Eyed Girl”, “Jackie Wilson Said (I’m in Heaven When You Smile)”, “Domino” and “Wild Night”. An equal part of his catalogue consists of lengthy, loosely connected, spiritually inspired musical journeys that show the influence of Celtic tradition, jazz, and stream-of-consciousness narrative, such as Astral Weeks and lesser-known works such as Veedon Fleece and Common One. The two strains together are sometimes called “Celtic Soul”.

Morrison has received much acclaim, including six Grammy Awards, being inducted into both the Rock and Roll Hall of Fame and the Songwriters Hall of Fame, and appearing on several “Greatest Artists” lists. Equal parts blue-eyed soul shouter and wild-eyed poet-sorcerer, Van Morrison is among popular music’s true innovators, a restless seeker whose incantatory vocals and alchemical fusion of R&B, jazz, blues, and Celtic folk produced perhaps the most spiritually transcendent body of work in the rock & roll canon. Subject only to the whims of his own muse, his recordings cover extraordinary stylistic ground yet retain a consistency and purity virtually unmatched among his contemporaries, connected by the mythic power of his singular musical vision and his incendiary vocal delivery: spiraling repetitions of wails and whispers that bypass the confines of language to articulate emotional truths far beyond the scope of literal meaning.
-Jason Alkeny (allmusic) – Read more –> allmusic.com

Into The Mystic (Musikladen TV show):