Michael Jason Isbell (born February 1, 1979) is an American singer-songwriter and guitarist. He is known for his solo career, his work with the band The 400 Unit, and as a former member of Drive-By Truckers for six years, from 2001 to 2007. Isbell has won four Grammy Awards.

Isbell has a tattoo on his left arm bearing a quote from Dylan’s song “Boots of Spanish Leather” that goes: “Just carry yourself back to me unspoiled/ From across that lonesome ocean.” 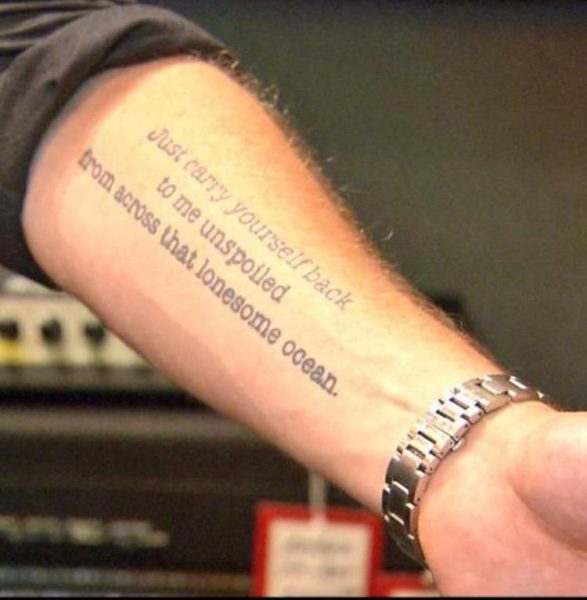 The Man In Me

The man in me will do nearly any task
And as for compensation, there’s little he would ask
Take a woman like you
To get through to the man in me


It’s All Over Now, Baby Blue

You must leave, now take what you need
You think will last
But whatever you wish to keep
You better grab it fast


You’re Gonna Make Me Lonesome When You Go