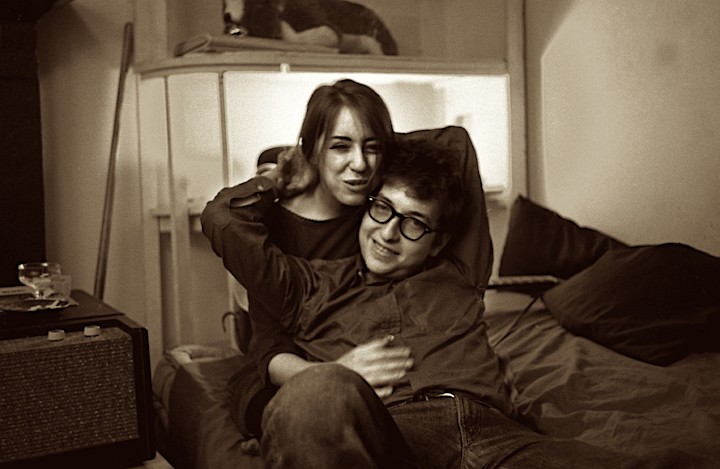 Yeah, Elvis Presley. I liked Elvis Presley… Elvis Presley recorded a song of mine. That’s the one recording I treasure the most… It was called Tomorrow Is A Long Time. I wrote it but never recorded it.
~Bob Dylan (to Jann Wenner, Nov 1969)

“Tomorrow Is a Long Time” is an example of an exceptional Dylan song from 1962-63 that as far as we know he never chose to record in any of his Columbia studio sessions, although many lesser songs were recorded, sometimes more than once.
~Paul Williams (Bob Dylan Performing Artist I: The Early Years 1960-1973 )

Dylan’s officially released version of the song is a live recording from his April 12, 1963, concert at New York’s Town Hall. Dylan had recorded the song in December 1962 as a demo for M. Witmark & Sons, his publishing company. This particular recording, long available as a bootleg, was released by Columbia in 2010 on The Bootleg Series Vol. 9: The Witmark Demos: 1962-1964. A studio version of the song, an outtake from the June 1970 sessions for New Morning, has also been bootlegged.

If today was not a crooked highway
If tonight was not a crooked trail
If tomorrow wasn’t such a long time
Then lonesome would mean nothing to you at all
Yes and only if my own true love was waitin’
And if I could hear her heart a-softly poundin’
Yes, only if she was lyin’ by me
Then I’d lie in my bed once again

I can’t see my reflection in the waters
I can’t speak the sounds that show no pain
I can’t hear the echo of my footsteps
Or remember the sound of my own name
Yes, and only if my own true love was waitin’
And if I could hear her heart a-softly poundin’
Yes and only if she was lyin’ by me
Then I’d lie in my bed once again

One thought on “Bob Dylan: Listen to 5 Wonderful live versions of “Tomorrow Is A Long Time””