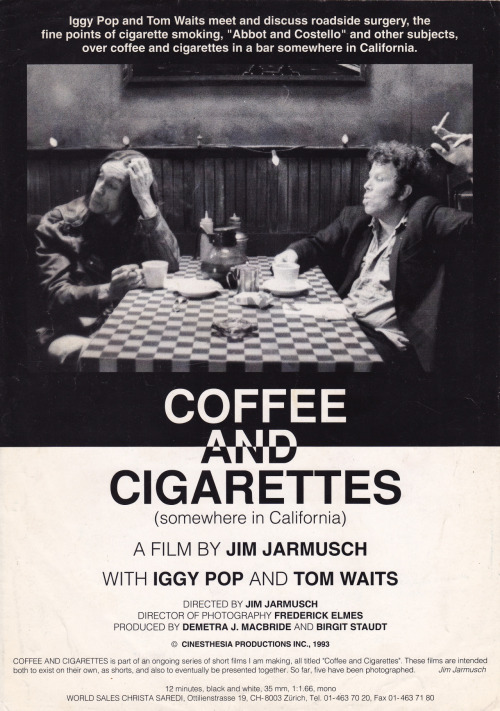 “Tom was exhausted. We had just shot a video the day before for “I Don’t Wanna Grow Up” and he had been doing a lot of press. He was kind of in a surly mood as he is sometimes, but he’s also very warm. He came in late that morning – I had given him the script the night before – and I was with Iggy. Tom threw the script down on the table and said, “Well, you know, you said this was going to be funny, Jim. Maybe you better just circle the jokes ’cause I don’t see them”. He looked at poor Iggy and said, “What do you think Iggy?” Iggy said, “I think I’m gonna go get some coffee and let you guys talk.” So I calmed Tom down. I knew it was just early in the morning and Tom was in a bad mood. His attitude changed completely, but I wanted him to keep some of that paranoid surliness in the script. We worked with that and kept it in his character. If he had been in a really good mood, I don’t think the film would have been as funny.””
– Jim Jarmusch