“John’s an unusual guy. Met him in New York around the time of Rain Dogs. I did [Fishing] because of John. But once I got down there, I wanted to kill him. He knows this. It was pretty pathetic. A fishing show. High concept – the idea is that it doesn’t matter if we catch anything, which is the whole idea of fishing, anyway, getting out in the woods and being together. Just an excuse to hold something in your hand and look off into the distance and talk about life. We caught nothing, which is embarrassing. It got to the point where we bought fish from fishermen in a passing boat, which was humiliating. And I got seasick and sunstroke — I was an unhappy guy for most of it. But it turned out to be funny anyway.”
– Tom Waits (1999, Magnet Magazine) 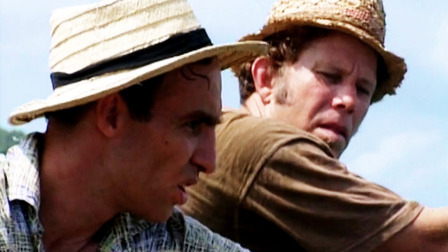 John Lurie and Tom Waits also acted together in Jim Jarmusch’s brilliant film, Down By Law.

The entire series is available on DVD from The Criterion Collection and features a commentary track by Lurie on each episode. 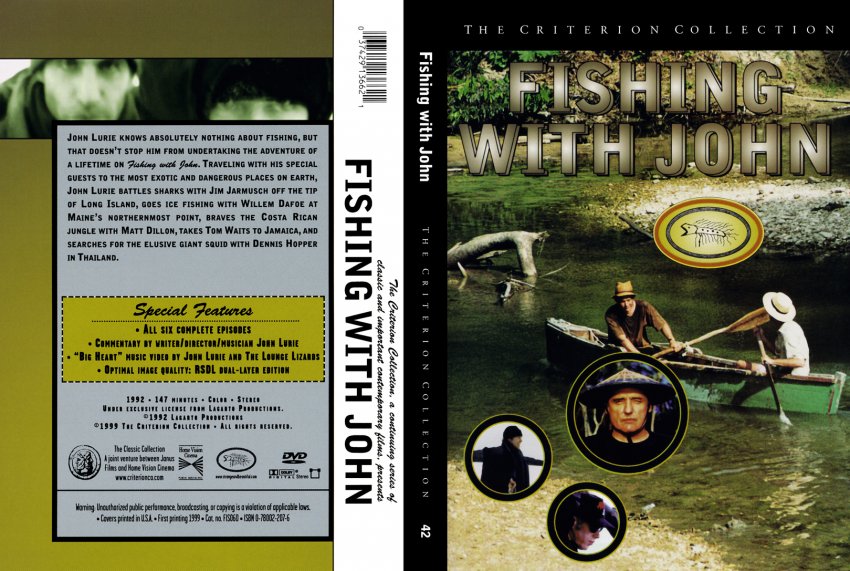