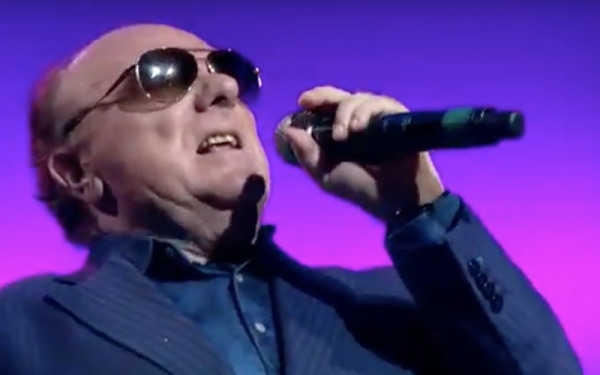 Before his appearance on stage with Agape’s band, he was filmed sitting among the congregation at their huge centre in Culver City for the service, which lasted more than two hours.
“He’s a member of Agape,” said Dr Beckwith, who set up the centre in 1986 as “a movement that would take a stand for love, for peace, for being a beneficial presence on the planet”.

The name Agape comes from the Greek for unconditional love.
–Belfast Telegraph

In The Garden (infused with “Holy Guardian Angel”)

Have I Told You Lately, rehearsal & performance…

Agape International Spiritual Center is a transdenominational congregation in Culver City, California. Founded in 1986 by Michael Bernard Beckwith, it currently has approximately 9,000 members who follow its New Thought spirituality. Beckwith leads the congregation along with his wife, Rickie Byars-Beckwith. Agape provides weekly services led by Beckwith, the Agape University of Transformational Studies and Leadership, and various ministries and outreach programs.