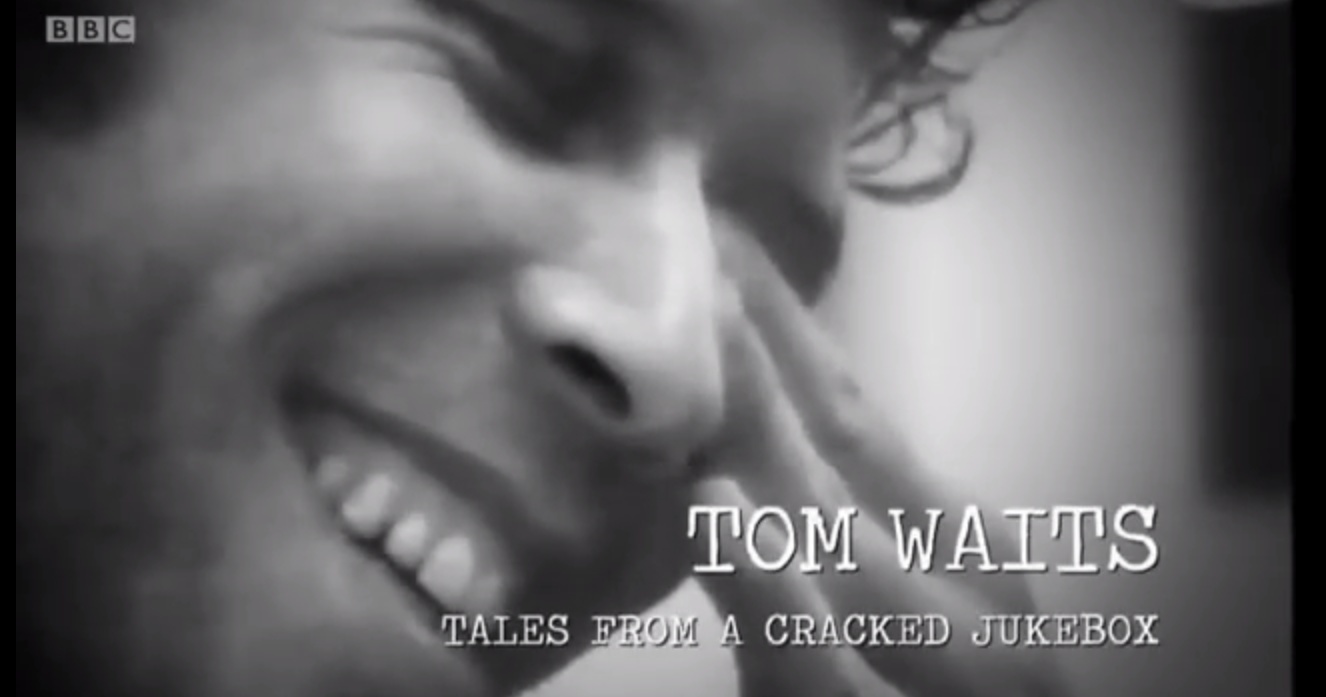 BBC:
Tom Waits is one of the most original musicians of the last five decades. Renowned for his gravelly voice and dazzling mix of musical styles, he’s also one of modern music’s most enigmatic and influential artists.

His songs have been covered by Bruce Springsteen, Rod Stewart and Norah Jones, among many others. But Waits has always pursued his own creative vision, with little concern for musical fashion.

In a long career of restless reinvention, from the barfly poet of his early albums to the junkyard ringmaster of Swordfishtrombones, his songs chronicle lives from the margins of American society – drifters, dreamers, hobos and hoodlums – and his music draws on a rich mix of influences, including the blues, jazz, Weimar cabaret and film noir.

Using rare archive, audio recordings and interviews, this film is a bewitching after-hours trip through the surreal, moonlit world of Waits’ music – a portrait of a pioneering musician and his unique, alternative American songbook.