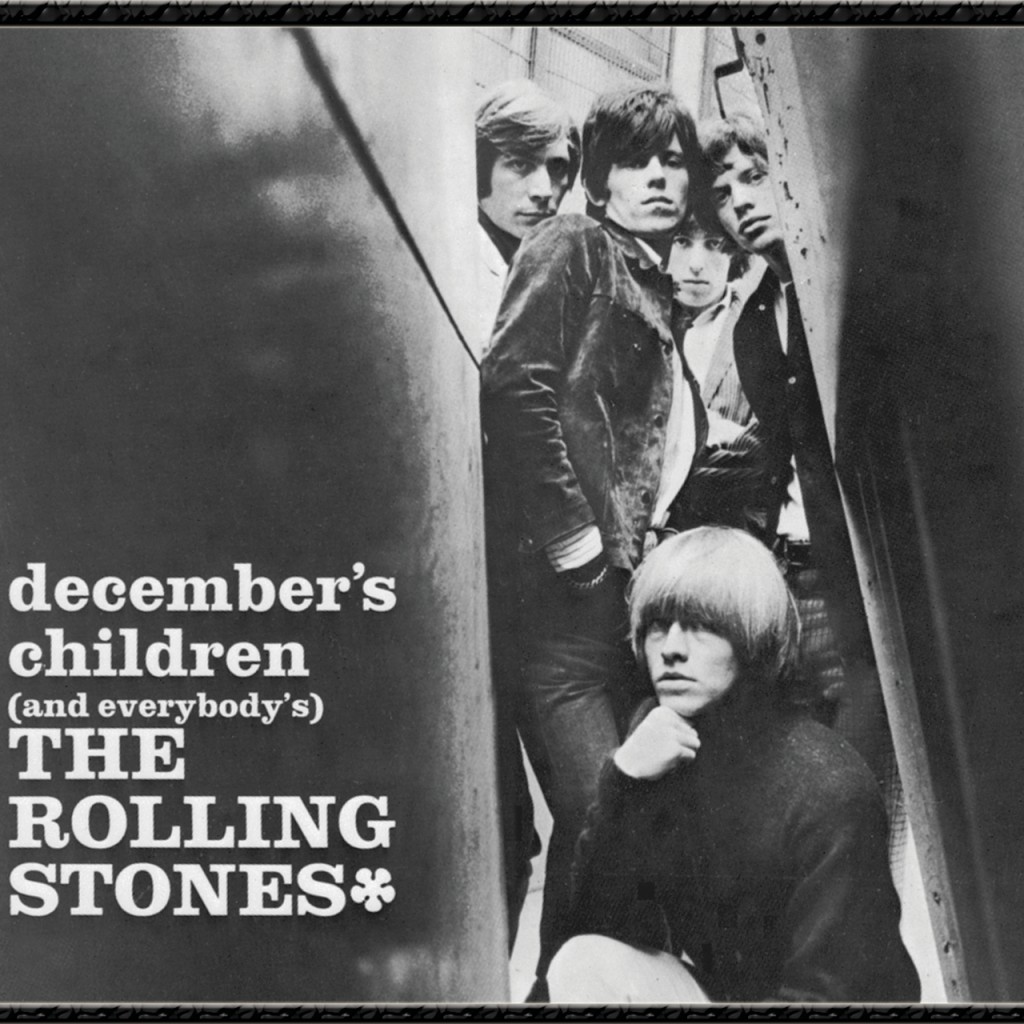 December’s Children (And Everybody’s) is the fifth American studio album by The Rolling Stones, released in late 1965. Drawn largely from two days of sessions recorded in September to finish the British edition of Out of Our Heads and to record their new single—”Get Off of My Cloud”—December’s Children (And Everybody’s) also included tracks recorded as early as 1963.

Half of the songs appearing on the album were written by Mick Jagger and Keith Richards; they penned album cuts such as “I’m Free” and “The Singer Not the Song” as well as such major hits as “As Tears Go By” and “Get off of My Cloud”.

December’s Children (And Everybody’s) reached No. 4 in the US and went gold. Bassist Bill Wyman quotes Jagger in 1968 calling the record “[not] an album, it’s just a collection of songs.” Accordingly, it is only briefly detailed in his otherwise exhaustive book Rolling With the Stones. 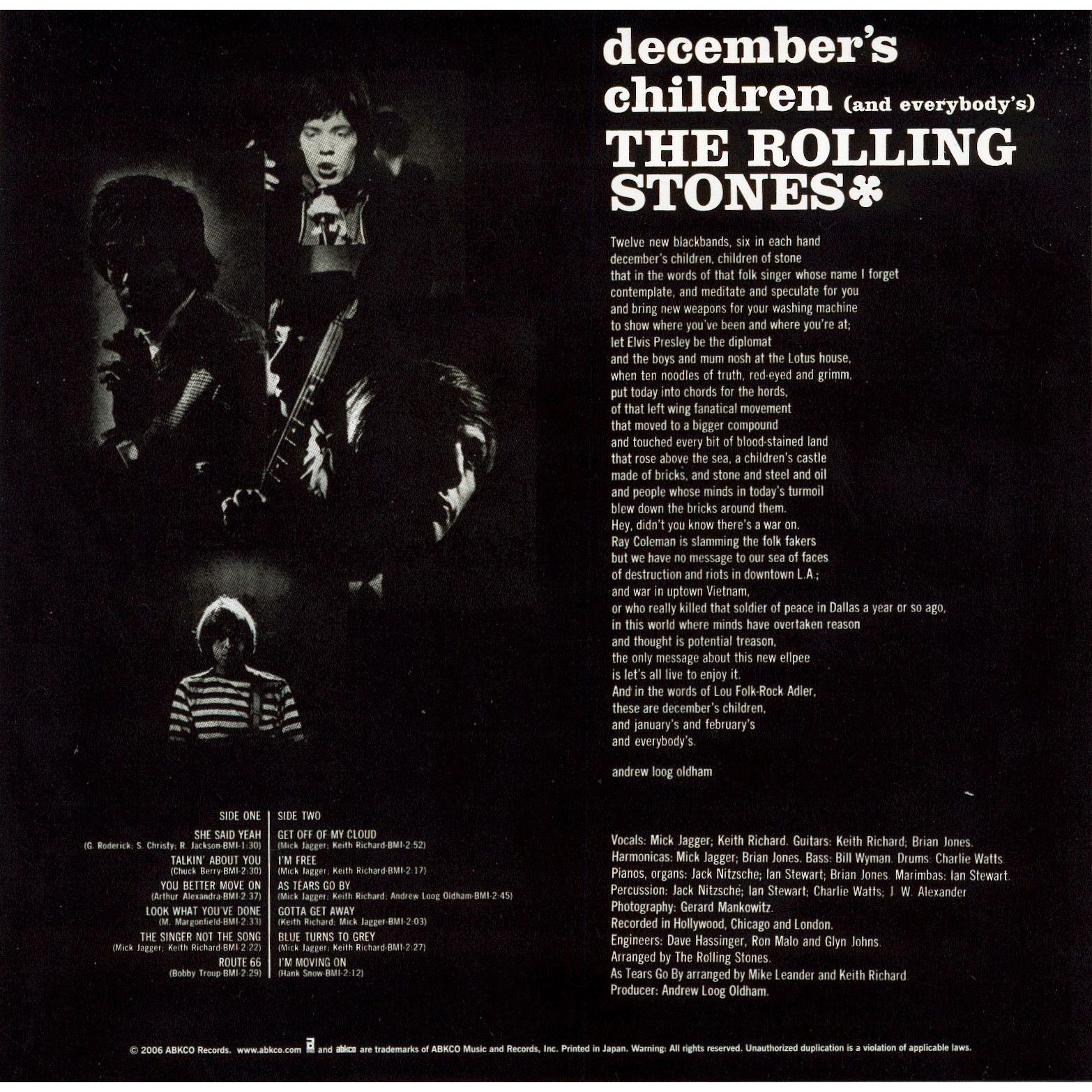