‘Being in a band is the one time in my life that I’m a real team player.’
– Chrissie Hynde

“Arena spent the summer with supercool self-confessed rock chick Chrissie Hynde – shopping for clothes in Paris, hanging out with Sandra Bernhard in New York, life in London and a special trip back to her home town of Akron, Ohio.

A thoughtful and intimate portrait of a ‘lone, hungry, irritable wolf’, featuring a glorious live performance at one of London’s newest venues.

In this expanded version, Chrissie also takes us on a walking tour of Nashville and meets up with Dan Auerbach – the lead singer of the Black Keys who produced her latest album.”
– BBC 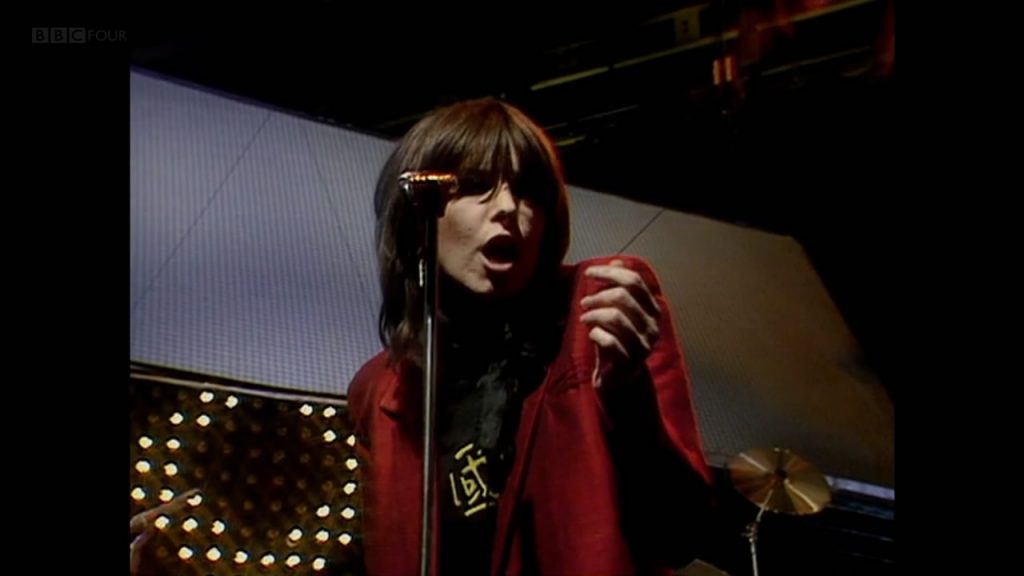