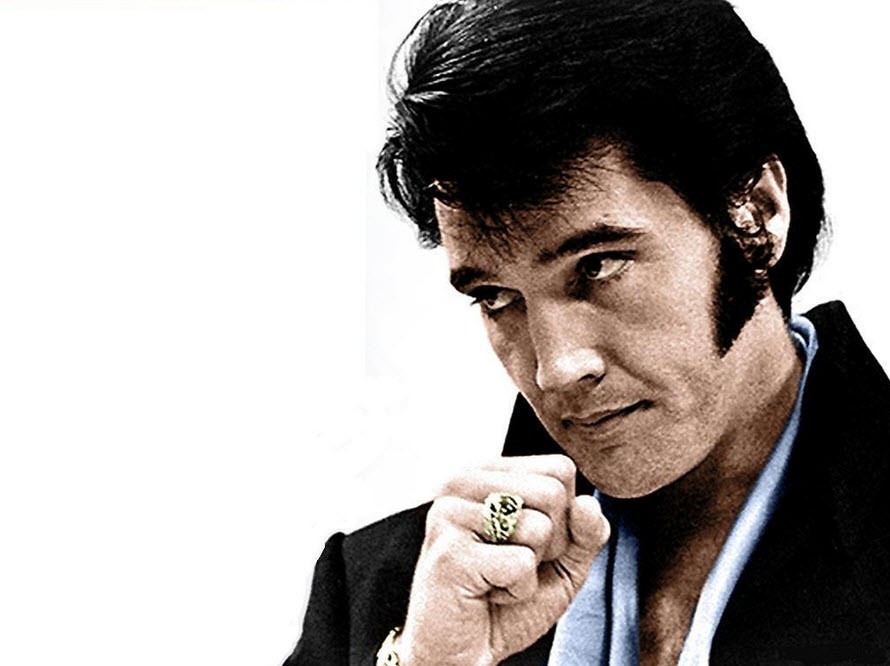 Elvis Aaron Presley (January 8, 1935 – August 16, 1977) was one of the most popular American singers of the 20th century. A cultural icon, he is commonly known by the single name Elvis. He is often referred to as the “King of Rock and Roll” or simply “the King“.

I know he invented rock and roll, in a manner of speaking, but … that’s not why he’s worshiped as a god today. He’s worshiped as a god today because in addition to inventing rock and roll he was the greatest ballad singer this side of Frank Sinatra—because the spiritual translucence and reined-in gut sexuality of his slow weeper and torchy pop blues still activate the hormones and slavish devotion of millions of female human beings worldwide.
~Robert Christgau (December 24, 1985)

Elvis Presley may be the single most important figure in American 20th century popular music. Not necessarily the best, and certainly not the most consistent. But no one could argue with the fact that he was the musician most responsible for popularizing rock & roll on an international level. Viewed in cold sales figures, his impact was phenomenal….
More important from a music lover’s perspective, however, are his remarkable artistic achievements.
~Ricihe Unterberger (allmusic.com)

….The result was one of the greatest white soul albums (and one of the greatest soul albums) ever cut, with brief but considerable forays into country, pop, and blues as well. Presley sounds rejuvenated artistically throughout the dozen cuts off the original album, and he’s supported by the best playing and backup singing of his entire recording history.
~Bruce Eder (allmusic.com)