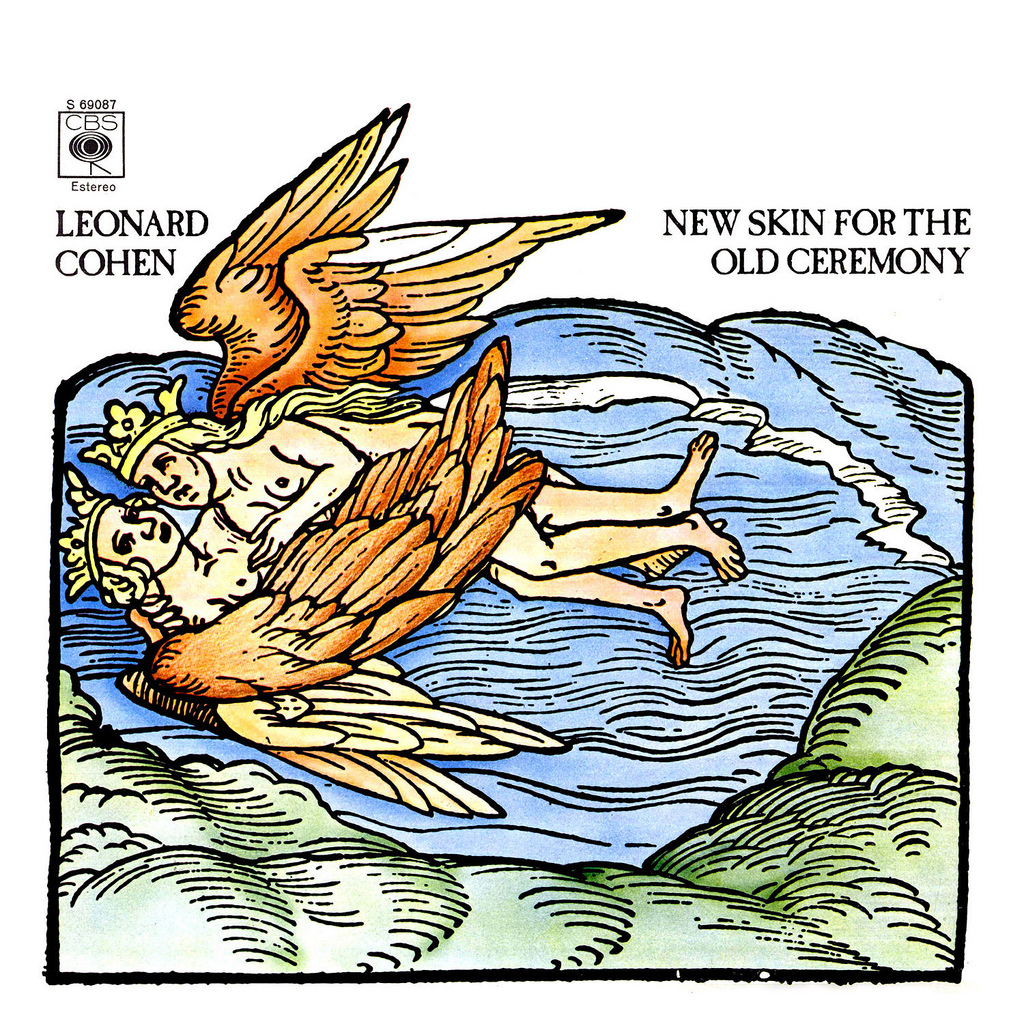 New Skin for the Old Ceremony is the fourth studio album by Leonard Cohen. On this album, he begins to evolve away from the rawer sound of his earlier albums, with violas, mandolins, banjos, guitars, percussion and other instruments giving the album a more orchestrated (but nevertheless spare) sound. The album is silver in the UK, but never entered the Billboard Top 200. For his fourth album, Cohen chose to work with John Lissauer, a recent college graduate and rising producer whose jazz background contrasted sharply with Bob Johnson, the Nashville-based producer who had been at the helm of Cohen’s two previous releases, 1969’s Songs From a Room and 1971’s Songs of Love and Hate. According to the Allan Reynolds 2010 book Leonard Cohen: A Remarkable Life, Cohen sat on Lissauer’s couch and played him his new songs on his guitar at the producer’s loft on 18th Street in New York, and eventually cut a handful of demos at a CBS studio before moving to Sound Ideas studio in February. Reynolds reports that Lissauer had the impression that the whole Nashville experience, including the 1972 European tour with “The Army” – the touring band that Johnson assembled – had been a bit overwhelming for Cohen: “It was like a big wave picking him up, and while he had fun it didn’t quite have the artistic sensibility that Leonard needed. The focus then had been on this Nashville energy thing.”

There Is a War

The original cover art for New Skin for the Old Ceremony was an image from the alchemical text Rosarium philosophorum. The two winged and crowned beings in sexual embrace caused his U.S. record label, Columbia Records to print one early edition of the album minus the image substituting instead a photo of Cohen. The image originally came to public attention in C.G.Jung‘s essay, The Psychology of The Transference (2nd ed.1966) where it is held by Jung to depict the union of psychic opposites in the consciousness of the enlightened saint. The sexual embrace as a symbol for this condition of psychic unity is also found frequently in Tibetan thangkas (sacred paintings).

I asked my father
I said, “Father, change my name”
The one I’m using now, it’s covered up
With fear and filth and cowardice and shame

All songs written by Leonard Cohen.