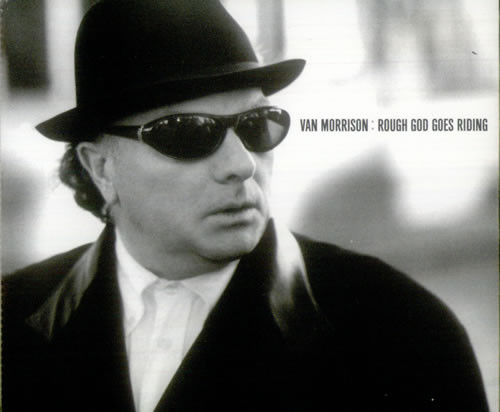 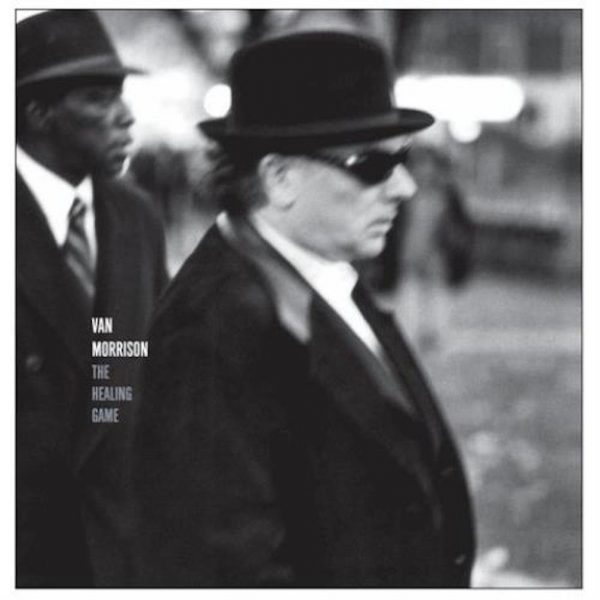 The opening song on the album, The Healing Game by Northern Irish singer-songwriter Van Morrison. The song reached #168 on the UK charts. One of the B-sides of the single, the alternative version of “The Healing Game”, appears on all three editions of Morrison’s 2007 compilation album Still on Top – The Greatest Hits. The other B-side “At the End of the Day” was released as a bonus track on the 2008 reissue of The Healing Game.

According to biographer Clinton Heylin this song: “signalled a return to the religious and spiritual preoccupations that had driven Morrison’s work throughout the eighties, the image of the Rough God being derived from Robin Williamson‘s ‘Mr. Thomas’ — recorded by Morrison for Inarticulate — in which ‘the rough God goes riding with his shears’, a reference to the avenging Messiah who shall return to wreak final judgement on Man.”

“As soon as the scene is set everything changes, even if the story being told holds to its violence. With the first verse done, Morrison, his voice thick and heavy, glides like an athlete into the chorus, and a tremendous feeling of warmth, of being in the right place at the right time, takes hold. It carries the listener into a musical home so perfect and complete he or she might have forgotten that music could call up such a place, and then populate it with people, acts, wishes, fears. The deep burr of Morrison’s voice buries the words, which cease to matter; you might not hear them until the tenth time you play the album, or long after that. “It’s when that rough god goes riding,” he sings, drawing the words both from Yeats and down in his chest, and you might never know it’s the angel of death that has you in its embrace.”
–> Greil Marcus – When That Rough God Goes Riding: Listening to Van Morrison

“The opening song ‘Rough God Goes Riding’, sets the tone for the whole album, as dark as it’s cover. Van’s voice is as dark as Leonard Cohen on his album The Future – basically there isn’t one – or Dylan’s wracked vocal on his last decent album Oh Mercy. Everything is broken. Van’s album begins with “mud splattered victims” on the TV, WB Yeats’ “rough god” – a figure from the Apocalypse and his poem ‘The Second Coming’, and Van being staked out by the tabloid press. Ellis’ saxophone solo is masterful, the same slow scream as Van’s throaty shout. Van asks for a Bible.
–> Brian Hinton – Celtic Crossroads – The Art of Van Morrison