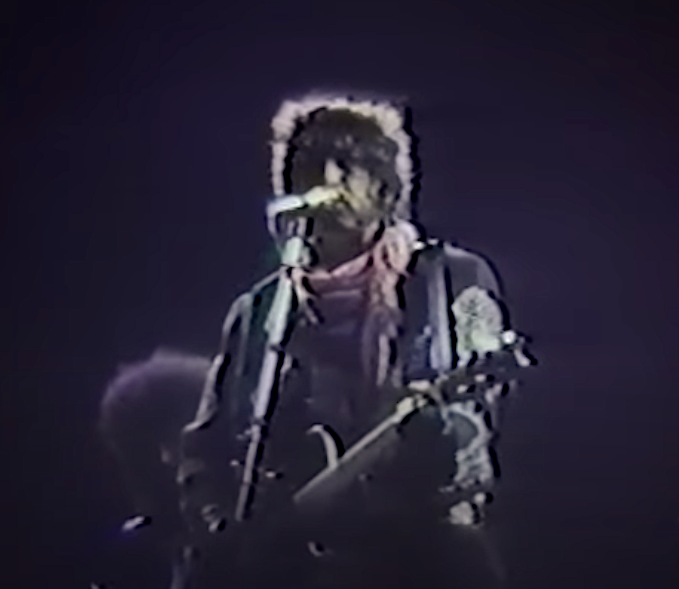 Then, in October 1987, playing Locarno. Switzerland, “and Tom Petty’s band and the female singers he now says he used to hide behind, Dylan had his breakthrough. It was an outdoor show – he remembers the fog and the wind – and as he stepped to the mike, a line came into his head. “It’s almost like I heard it as a voice. It wasn’t like it was even me thinking it. I’m determined to stand, whether God will deliver me or not. And all of a sudden everything just exploded. It exploded every which way. And I noticed that all the people out there – I was used to them looking at the girl singers, they were good-looking girls, you know? And like I say, I had them up there so I wouldn’t feel so bad. But when that happened, nobody was looking at the girls anymore. They were looking at the main mike. After that is when I sort of knew: I’ve got to go out and play these songs. That’s just what I must do … He’s been at it ever since.
~From “Dylan Lives” Newsweek 1997 cover story (David Gates)