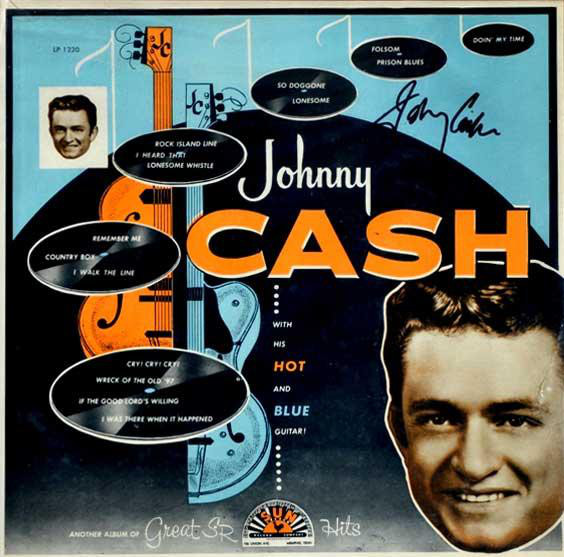 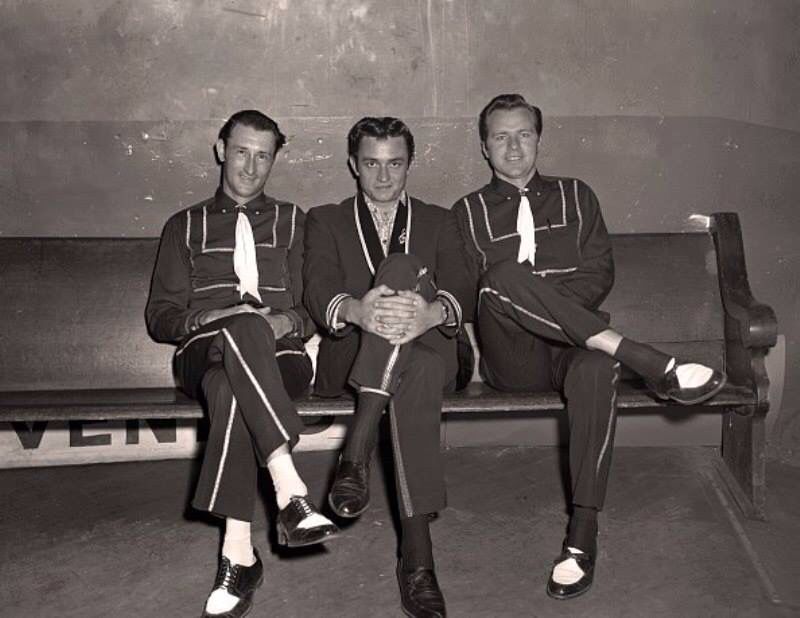 “Johnny Cash’s first album, released on Sun in 1957, is a little more folkloric and traditional than what he put on most of his singles, though not pronouncedly so. In fact, four of the tracks (“I Walk the Line,” “Cry! Cry! Cry!,” “So Doggone Lonesome,” and “Folsom Prison Blues”) had already been hit singles. For the rest of the set, Cash drew on some older folk (“Rock Island Line,” “The Wreck of the Old ’97”), country (“[I Heard That] Lonesome Whistle,” “Remember Me [I’m the One Who Loves You]”), prison (“Doin’ My Time”), and spiritual (“I Was There When It Happened”) songs. Filling out the set is a good, rollicking Cash original, “Country Boy,” and a rather sassy tune by the young Jerry Reed, “If the Good Lord’s Willing.” It’s a good, solid record…”
– Richie Unterberger/Allmusic

Cash auditioned for a place on the music label Sun Records in 1955, but failed to impress its founder Sam Philips after presenting himself as a gospel singer. Cash was told to come back with a more commercial sound, as gospel wouldn’t sell. He returned with the songs “Hey Porter!” and “Cry! Cry! Cry!” and subsequently released them as his debut single on Sun Records in July 1955. On the recording, he was backed by Luther Perkins on guitar and Marshall Grant on bass, dubbed “The Tennessee Two” by Philips.

“The rockabilly backdrop showcases pure youthful exuberance. Cash doesn’t just “Walk the Line”; he runs roughshod over it. Aside from his famous At Folsom Prison LP and any of his Greatest Hits collections (take your pick), this might be Cash’s most essential album.”
– CollinsReviews