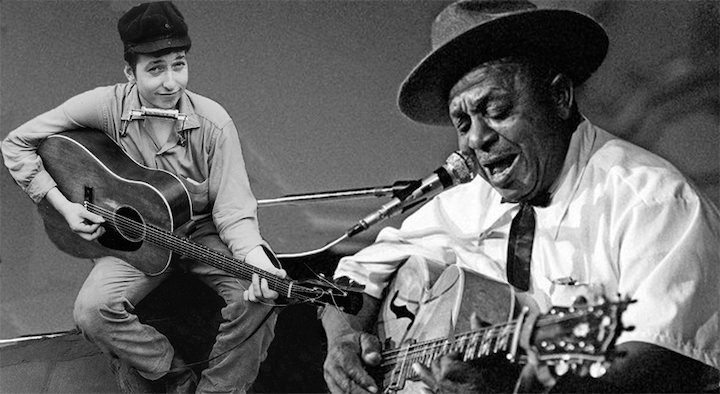 The way I think about the blues, comes from what I learned from Big Joe Williams. The blues is more than something to sit home and arrange. What made the real blues singers so great is that they were able to state all the problems they had; but at the same time, they were standing outside of them and could look at them. And in that way, they had them beat. What’s depressing today is that many young singers are trying to get inside the blues, forgetting that those older singers used them to get outside their troubles.
-Bob Dylan (The Freewheelin’ Bob Dylan Liner Notes – 1963)

For a white kid to play with black blues singers-at their invitation-was all but unheard ofin 1961; for a white kid to play with this much soul and sheer ballsiness is still remarkable. Part of the reason is clearly that Williams really dug Dylan and encouraged him, gave him a lot of space. The rest of the story is that Dylan had a genius for the blues, as these recordings (especially “Wichita” and “Sitting on Top of the World“) reveal. It must have given Dylan a lot of confidence in himselfas an American musician to be so warmly embraced early in his career by the likes of Woody Guthrie, Victoria Spivey, and Big Joe Williams.
-Paul Williams (Bob Dylan – Performing Artist 1960-73)

Sittin On Top Of The World