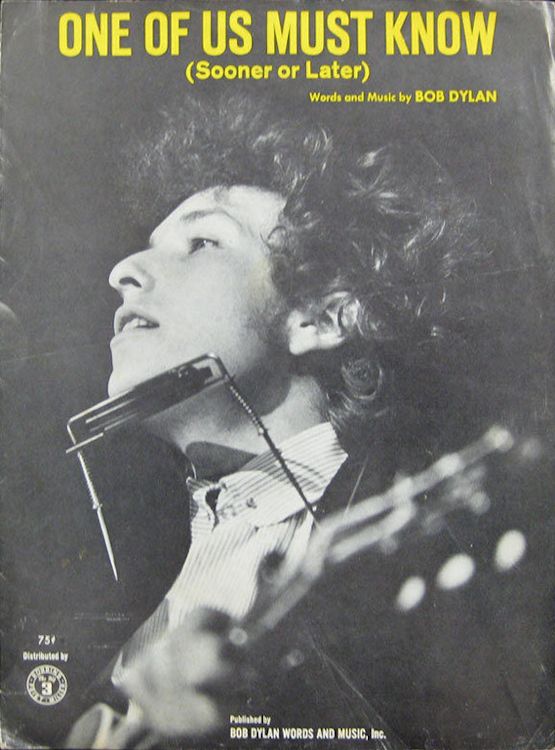 “One of Us Must Know (Sooner or Later)” was recorded January 25, 1966. It is the fourth track on Dylan’s 1966 album Blonde on Blonde, and was released as the album’s first single that February. The song is an emotional confession of misconnects and apologies from the singer to a young woman he regrets having mistreated.