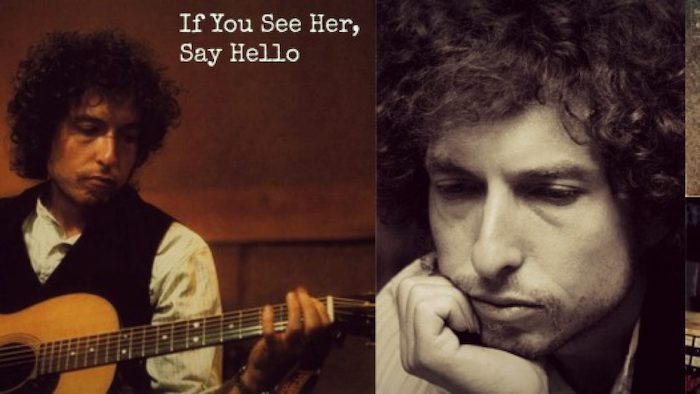 If you see her, say hello, she might be in Tangier
She left here last early Spring, is livin’ there, I hear
Say for me that I’m all right though things get kind of slow
She might think that I’ve forgotten her, don’t tell her it isn’t so

This brilliant song has been performed 88 times live by Dylan.

If you’re making love to her, watch it from the rear
You’ll never know when I’ll be back, or liable to appear
For it’s natural to dream of peace as it is for rules to break
And right now I’ve got not much to lose, so you’d better stay awake
~Bob Dylan (“Lakeland 76” lyrics to If You See Her, Say Hello)

And then, with an ease I find terrifying, Dylan moves into one of the most nakedly personal performances of his career (something like “Sad Eyed Lady of the Lowlands,” but inverted, and without the gloss of riddle and mystery): the 1976 version of “If You See Her, Say Hello.”
~Paul Williams (Bob Dylan: Performing Artist, Vol 2: The Middle Years 1974-1986

We had a falling-out, like lovers often will
And to think of how she left that night, it still brings me a chill
And though our separation, it pierced me to the heart
She still lives inside of me, we’ve never been apart

If you get close to her, kiss her once for me
I always have respected her for busting out and gettin’ free
Oh, whatever makes her happy, I won’t stand in the way
Though the bitter taste still lingers on from the night I tried to make her stay

I see a lot of people as I make the rounds
And I hear her name here and there as I go from town to town
And I’ve never gotten used to it, I’ve just learned to turn it off
Either I’m too sensitive or else I’m gettin’ soft

Sundown, yellow moon, I replay the past
I know every scene by heart, they all went by so fast
If she’s passin’ back this way, I’m not that hard to find
Tell her she can look me up if she’s got the time