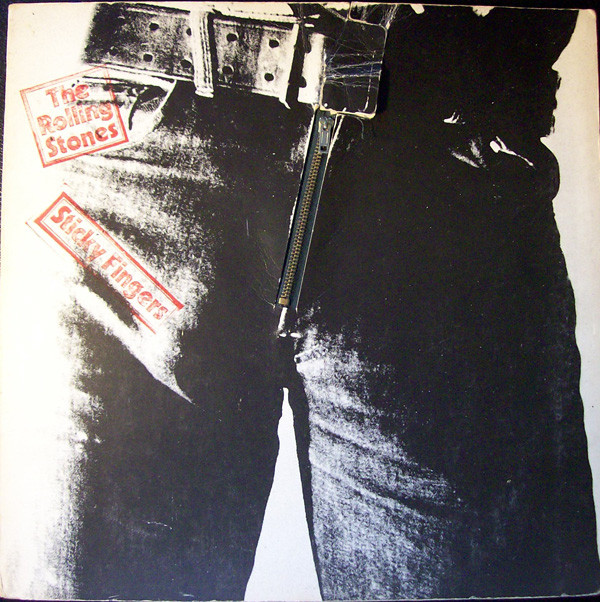 It’s just me and Mick and Bill and Charlie. Keith was not there or we did it before he arrived in the studio. It was done at Olympic. I had this tune and knocked it out really quickly. It was good to touch to add strings. They were booked for Moonlight Mile but we chucked them on this, as well. It added a little bit more texture… We probably cut this track just a couple of times.
–> Mick Jagger (2015)

Did you ever wake up to find
A day that broke up your mind
Destroying your notion of circular time?

If there is one classic way of Mick and I working together, this is it. I had the riff and the chorus line, Mick got stuck into the verses. Just like Satisfaction. Wild Horses was about the usual thing of not wanting to be on the road, being a million miles from where you want to be.
–> Keith Richards (1993)

Childhood living is easy to do
The things you wanted I bought them for you
Graceless lady, you know who I am
You know I can’t let you slide through my hands

Can’t You Hear Me Knocking

Can’t You Hear Me Knocking came out flying – I just found the tuning and the riff and started to swing it and Charlie picked up on it just like that, and we’re thinking, hey, this is some groove. So it was smiles all around. For a guitar player it’s no big deal to play, the chopping, staccato bursts of chords, very direct and spare.
–> Keith Richards (2010)

You Gotta Move was this great Mississippi Fred McDowell song that we used to play all the time in the studio. I used a slide on that – on an old 1954 Fender Telecaster – and that was the beginning of that slide thing I tried to develop with the Stones.
–> Mick Taylor (2011)

This is one of our groove tunes. We recorded the backing track at Olympic but the overdubs, with the brass and everything, were done live one night in my house in the country, a sort of mock baronial hall I used to have called Stargroves, where The Who and Led Zeppelin also recorded later on. The Stones’ Mobile studio was one of the first. We used to park it outside our houses and do tunes. We eventually gave it to Bill, and he’s just sold it to be broken up.
–> Mick Jagger (1993)

I’m feeling so tired, can’t understand it
Just had a fortnight’s sleep
I’m feeling so stuffed, I’m so distracted
Ain’t touched a thing all week

I Got the Blues

We did it in Olympic. It’s really slow. The thing is that it’s so slow and sometimes, when you get really slow tunes like this, it’s hard to keep the tempo. We’re that kind of band. We always speed up things. But this one holds the tempo. It’s kind of wrenching. You can only get that by doing it really slow and this one comes off… It’s in the style of Otis Redding. He did tunes super-fast but he used to do these super-slow ballads, too.
–> Mick Jagger (2015)

As I stand by your flame
I get burned once again
Feelin’ low down, I’m blue

We were in Olympic and Ry Cooder guested on a couple of tracks with us. I was messing around with this. I wrote the tune really quickly; I never thought we were gonna ever release it. In fact, we didn’t release it until much, much later. It was sitting around for a few years. I don’t know why.
–> Mick Jagger (2015)

Here I lie in my hospital bed
Tell me, sister morphine, when are you coming round again?

I love country music, but I find it very hard to take it seriously. I also think a lot of country music is sung with the tongue in cheek, so I do it tongue in cheek. The harmonic thing is very different from the blues. It doesn’t bend notes in the same way, so I suppose it’s very English, really. Even though it’s been very Americanized, it feels very close to me, to my roots, so to speak.
–> Mick Jagger (1995)

Moonlight Mile was all Mick’s. As far as I can remember, Mick came in with the whole idea of that, and the band just figured out how to play it.
–> Keith Richards (2010)