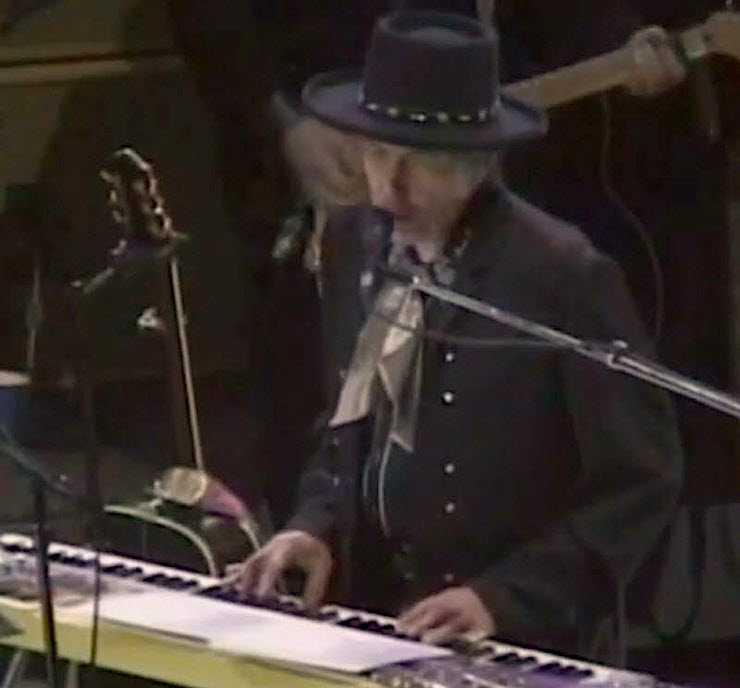 Ain’t talkin’, just walkin’
Through this weary world of woe
Heart burnin’, still yearnin’
No one on earth would ever know

END_OF_DOCUMENT_TOKEN_TO_BE_REPLACED

“There’s no nostalgia on this record, pining for the past doesn’t interest me.”
~Bob Dylan (to Edna Gundersen Aug 2006)

[the 10 songs] “are in my genealogy, I had no doubts about them. I tend to overwrite stuff, and in the past I probably would have left it all in. On this, I tried my best to edit myself, and let the facts speak. You can easily get a song convoluted. That didn’t happen. Maybe I’ve had records like this before, but I can’t remember when.”
~Bob Dylan (to Edna Gundersen Aug 2006)

.. This music is relaxed; it has nothing to prove. It is music of accumulated knowledge, it knows every move, anticipates every step before you take it. Producing himself for the second time running, Dylan has captured the sound of tradition as an ever-present, a sound he’s been working on since his first album, in 1962. (One reason Modern Times is so good is that Dylan has been making it so long.) These songs stand alongside their sources and are meant to, which is why their sources are so obvious, so direct..
~Joe Levy (rollingstone.com)

#1 Thunder on The Mountain (official video)

I was thinkin’ ’bout Alicia Keys, couldn’t keep from crying
When she was born in Hell’s Kitchen, I was living down the line
I’m wondering where in the world Alicia Keys could be
I been looking for her even clear through Tennessee
(from “Thunder on The Mountain”)

[about Alicia Keys]“I liked her a whole lot. People stay in your mind for one reason or another.”
~Bob Dylan (to Edna Gundersen Aug 2006)