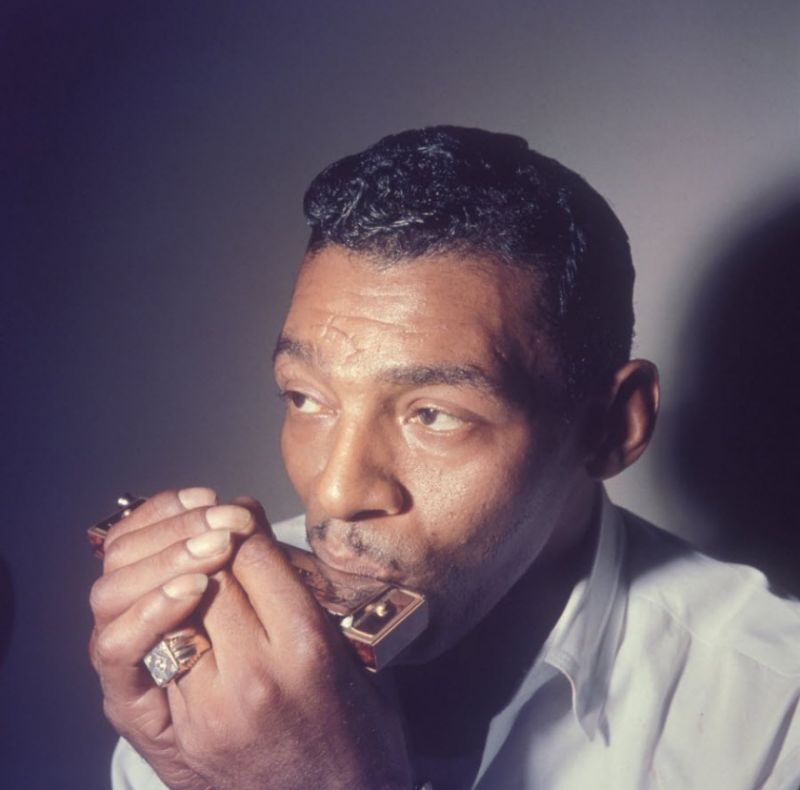 ..king of all post-war blues harpists,…. The fiery harmonica wizard took the humble mouth organ in dazzling amplified directions that were unimaginable prior to his ascendancy.
~Bill Dahl (allmusic.com)

Induction of Little Walter into R&R Hall of Fame in 2008:

Little Walter, born Marion Walter Jacobs (May 1, 1930 – February 15, 1968), was an American blues harmonica player, whose revolutionary approach to his instrument has earned him comparisons to Charlie Parker and Jimi Hendrix, for innovation and impact on succeeding generations. His virtuosity and musical innovations fundamentally altered many listeners’ expectations of what was possible on blues harmonica. Little Walter was inducted to the The Rock and Roll Hall of Fame in 2008 in the “sideman” category making him the first and only artist ever to be inducted specifically for his work as a harmonica player. His legacy has been enormous: he is widely credited by blues historians as the artist primarily responsible for establishing the standard vocabulary for modern blues and blues rock harmonica players. His influence can be heard in varying degrees in virtually every modern blues harp player who came along in his wake, from blues greats such as Junior Wells, James Cotton, George “Harmonica” Smith, Carey Bell, and Big Walter Horton, through modern-day masters Sugar Blue, Billy Branch, Kim Wilson, Rod Piazza, William Clarke, and Charlie Musselwhite, in addition to blues-rock crossover artists such as Paul Butterfield and John Popper of the band Blues Traveler. Little Walter was portrayed in the 2008 film, Cadillac Records, by Columbus Short.

Hate To See You Go

The Rolling Stones cover version – Hate To See You Go: