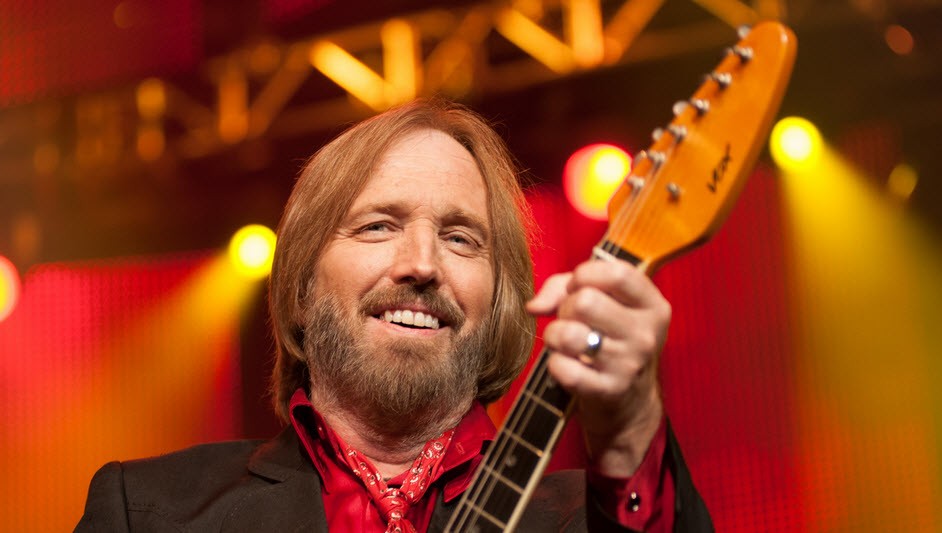 Thomas Earl “Tom” Petty was an American singer-songwriter and multi-instrumentalist. He was the frontman of Tom Petty and the Heartbreakers and was a founding member of the late 1980s supergroup Traveling Wilburys and Mudcrutch. He also performed under the pseudonyms of Charlie T. Wilbury, Jr. and Muddy Wilbury.

He will be sorely missed! He has recorded a number of hit singles with the Heartbreakers and as a solo artist, many of which remain heavily played on adult contemporary and classic rock radio. His music, and notably his hits, have become popular among younger generations as he continues to host sold-out shows. Throughout his career, Petty and his collaborators have sold 60 million albums. In 2002, he was inducted into the Rock and Roll Hall of Fame. Upon the release of their first album in the late ’70s, Tom Petty & the Heartbreakers were shoehorned into the punk/new wave movement by some observers who picked up on the tough, vibrant energy of the group’s blend of Byrds riffs and Stonesy swagger. In a way, the categorization made sense. Compared to the heavy metal and art rock that dominated mid-’70s guitar rock, the Heartbreakers’ bracing return to roots was nearly as unexpected as the crashing chords of the Clash. As time progressed, it became clear that the band didn’t break from tradition like their punk contemporaries. Instead, they celebrated it, culling the best parts of the British Invasion, American garage rock, and Dylanesque singer/songwriters to create a distinctively American hybrid that recalled the past without being indebted to it.

The Heartbreakers were a tight, muscular, and versatile backing band that provided the proper support for Petty’s songs, which cataloged a series of middle-class losers and dreamers. While his slurred, nasal voice may have recalled Dylan and Roger McGuinn, Petty’s songwriting was lean and direct, recalling the simple, unadorned style of Neil Young. Throughout his career, Petty & the Heartbreakers never departed from their signature rootsy sound …
..read more over @ allmusic.com Not long after You’re Gonna Get It, Tom Petty & the Heartbreakers’ label, Shelter, was sold to MCA Records. Petty struggled to free himself from the major label, eventually sending himself into bankruptcy. He settled with MCA and set to work on his third album, digging out some old Mudcrutch numbers and quickly writing new songs. Amazingly, through all the frustration and anguish, Petty & the Heartbreakers delivered their breakthrough and arguably their masterpiece with Damn the Torpedoes. Musically, it follows through on the promise of their first two albums, offering a tough, streamlined fusion of the Stones and Byrds that, thanks to Jimmy Iovine’s clean production, sounded utterly modern yet timeless. It helped that the Heartbreakers had turned into a tighter, muscular outfit, reminiscent of, well, the Stones in their prime — all of the parts combine into a powerful, distinctive sound capable of all sorts of subtle variations. Their musical suppleness helps bring out the soul in Petty’s impressive set of songs. He had written a few classics before — “American Girl,” “Listen to Her Heart” — but here his songwriting truly blossoms. Most of the songs have a deep melancholy undercurrent — the tough “Here Comes My Girl” and “Even the Losers” have tender hearts; the infectious “Don’t Do Me Like That” masks a painful relationship; “Refugee” is a scornful, blistering rocker; “Louisiana Rain” is a tear-jerking ballad. Yet there are purpose and passion behind the performances that makes Damn the Torpedoes an invigorating listen all the same. Few mainstream rock albums of the late ’70s and early ’80s were quite as strong as this, and it still stands as one of the great records of the album rock era.    …read more over @ allmusic