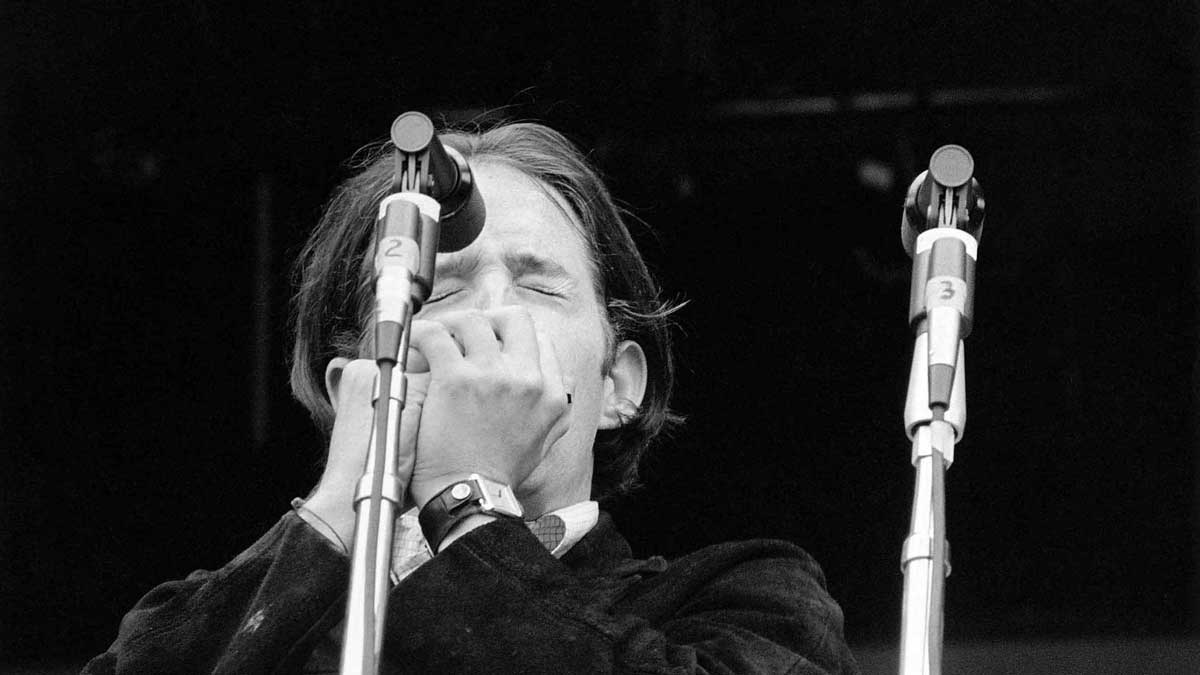 A lot of people relate me to the blues but I don’t think it’s a hindrance at this point. I’ve been doing it long enough that I can do different things and be accepted.
~Paul Butterfield

Paul Butterfield was the first white harmonica player to develop a style original and powerful enough to place him in the pantheon of true blues greats. It’s impossible to overestimate the importance of the doors Butterfield opened: before he came to prominence, white American musicians treated the blues with cautious respect, afraid of coming off as inauthentic. Not only did Butterfield clear the way for white musicians to build upon blues tradition (instead of merely replicating it), but his storming sound was a major catalyst in bringing electric Chicago blues to white audiences who’d previously considered acoustic Delta blues the only really genuine article.
~Steve Huey (allmusic.com)

Paul Butterfield (17 December 1942 – 4 May 1987) was an American blues vocalist and harmonica player, who founded the Paul Butterfield Blues Band in the early 1960s and performed at the original Woodstock Festival. He died of drug-related heart failure. People who liked Butter long ago usually don’t like what he’s become. I’ve only dug him over the past two years and I think he just gets better and better. This record, vocally oriented and produced by Jerry Ragavoy, is his best yet, hard-driving and very tight. Listen to “Love Disease,” “Walking By Myself,” “Buddy’s Advice.” A
~Robert Christgau