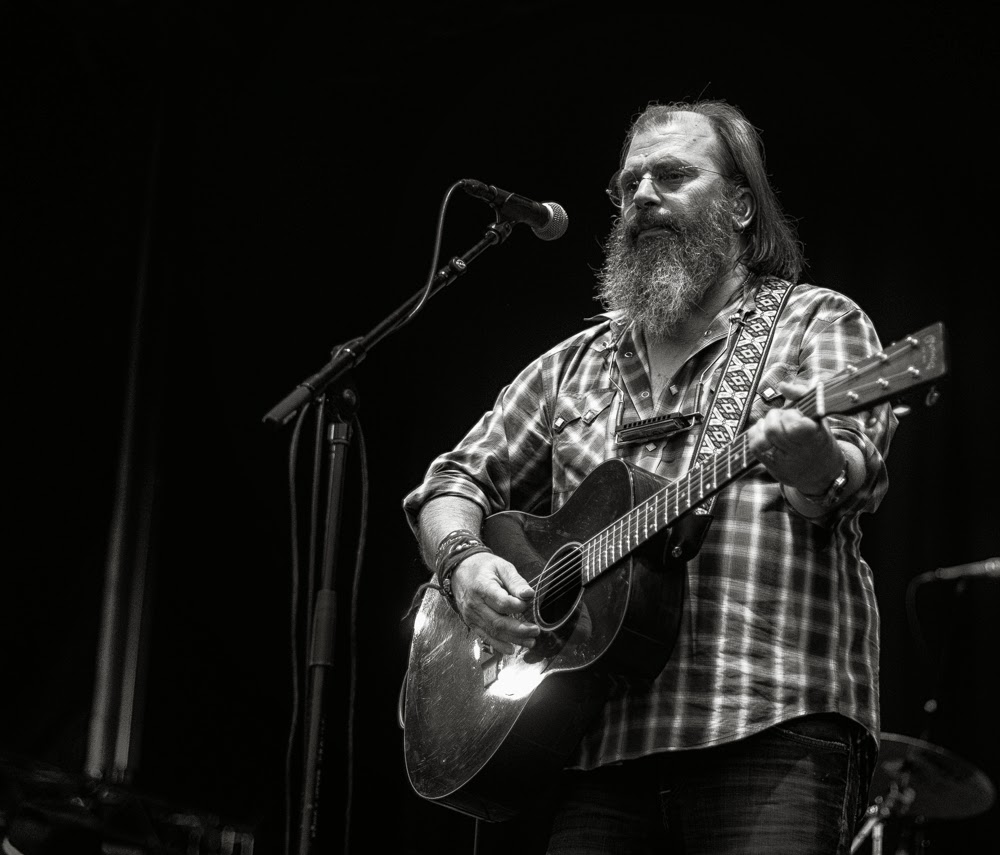 Steve Earle (born January 17, 1955) is  known for his rock, folk and Texas Country as well as his political views. He is also a producer, author, a political activist, and an actor, and has written and directed a play.

Me & Hallgeir have seen Steve Earle in concert several times and have followed him since his magnificent debut. We love his music.

He is always exciting to follow, as a musician, as a writer or as an actor. He has integrity. We’re always looking forward to his new albums and hope he will return to our shores as soon as possible.

In the strictest sense, Steve Earle isn’t a country artist; he’s a roots rocker. Earle emerged in the mid-’80s, after Bruce Springsteen had popularized populist rock & roll and Dwight Yoakam had kick-started the neo-traditionalist movement in country music. At first, Earle appeared to be more indebted to the rock side than country, as he played a stripped-down, neo-rockabilly style that occasionally verged on outlaw country. However, his unwillingness to conform to the rules of Nashville or rock & roll meant that he never broke through into either genre’s mainstream. Instead, he cultivated a dedicated cult following, drawing from both the country and rock audiences. Toward the early ’90s, his career was thrown off track by personal problems and substance abuse, but he re-emerged stronger and healthier several years later…(READ MORE)