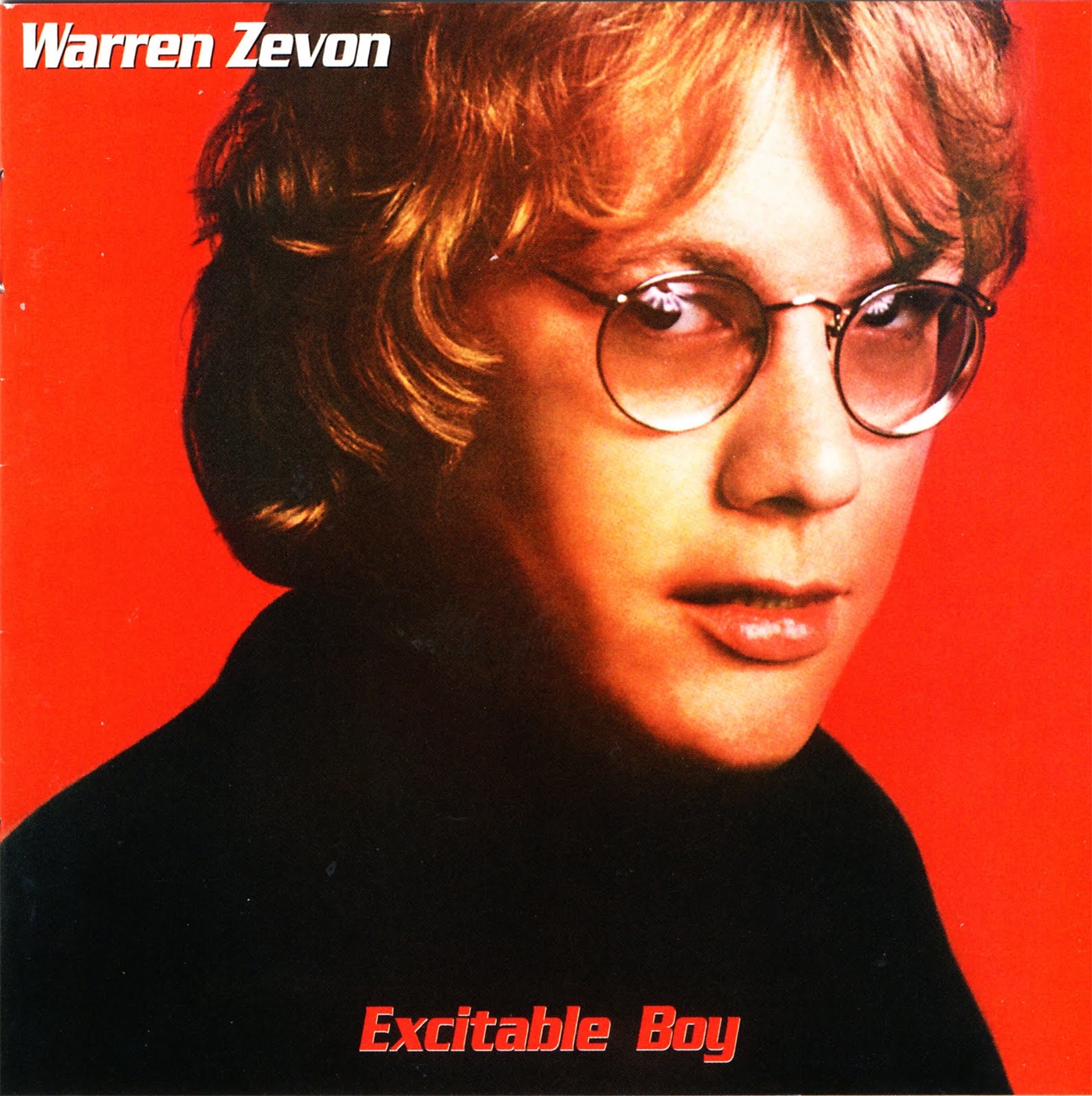 “The further these songs get from Ronstadtland, the more I like them. The four that exorcise male psychoses by mock celebration are positively addictive, the two uncomplicated rockers do the job, and two of the purely “serious” songs get by. But no one has yet been able to explain to me what “accidentally like a martyr” might mean–answers dependent on the term “Dylanesque” are not acceptable–and I have no doubt that that’s the image Linda will home in on. After all, is she going to cover the one about the headless gunner? A-”
– Robert Christgau

Excitable Boy is the third album by Warren Zevon, it was released in 1978. It includes the top 40 success “Werewolves of London”. The album brought Warren to commercial attention and remains the best-selling album of his career. A remastered and expanded edition was released during 2007.

This is a video of Roland The Headless Thompson Gunner (Norwegian mercenary!) with the late great Warren Zevon from October 30 2002, his last Letterman performance:

The tracks “Excitable Boy” and “Werewolves of London” were considered macabrely humorous by some critics. The historical “Veracruz” dramatizes the United States occupation of Veracruz, and likewise “Roland the Headless Thompson Gunner” is a fictionalization of a mercenary in Africa. “Lawyers, Guns and Money” is a tongue-in-cheek take on Cold War paranoia. In addition, there are two ballads about life and relationships (“Accidentally Like a Martyr” and “Tenderness on the Block”), as well as a dance tune (“Nighttime in the Switching Yard”).

It could have been a greatest hit collection!

Check out this track list! It is one of these rare perfect albums.
All songs written by Warren Zevon except as noted.

Warren Zevon – Accidentally like a martyr (Live at the Capitol Theatre in Passaic NJ. Oct 1, 1982, dedicated to Martin Scorsese):

We miss Warren so much, he was truly one of the best!