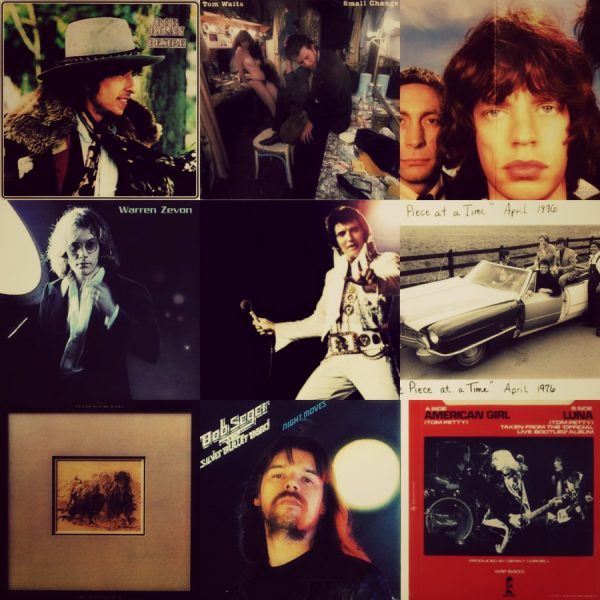 Desperados Under the Eaves – Warren Zevon The song describes the narrator’s growing alcoholism (“all the salty margaritas in Los Angeles; I’m going to drink them up”) and laments that no matter what occurs, he will wind up paying the bill for his low rent digs at the Hollywood Hawaiian Hotel. It ends with him listening to the sound of the air conditioner humming and converting the hum to the repeated chorus “look away down Gower Avenue,” which is sung with greater hope than the somewhat morose tone of the rest of the song.

This song features background vocals from Carl Wilson of The Beach Boys. When conducting the string section for this song, Zevon kept the veteran players “on his side” with pre-written humor. Zevon has said in interviews that this is one of his most personal songs.
–
I was sitting in the Hollywood Hawaiian Hotel
I was staring in my empty coffee cup
I was thinking that the gypsy wasn’t lyin’
All the salty margaritas in Los Angeles
I’m gonna drink ’em up
–