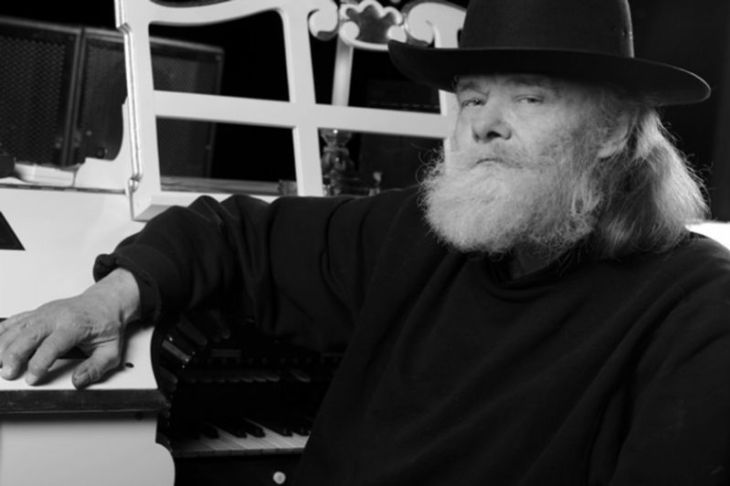 Eric Garth Hudson (b. August 2, 1937) is a Canadian multi-instrumentalist. As the organist, keyboardist and saxophonist for Canadian-American rock group The Band, he was a principal architect of the group’s unique sound. Hudson has been called “the most brilliant organist in the rock world” by Time Magazine and “the first true rock keyboard virtuoso” by Keyboard Magazine.

“Hudson has not slowed down over the years, playing and recording with a variety of artists during the ’90s and into the new millennium, including frequent appearances, both studio and live, with Professor Louie & the Crowmatix. In 1998, Hudson was prominently featured on the star-studded Dvorák-inspired concept album Largo (which had a live performance at Vassar College in 2001). In September 2001, Hudson released his “official” solo debut, The Sea to the North, on Breeze Hill Records. His only previous solo release was 1980’s Our Lady Queen of the Angels, a score he wrote for an exhibit by sculptor Tony Duquette.” (Erik Hage, Allmusic) In 1964, they separated from Hawkins, after which they toured and released a few singles as Levon and the Hawks and the Canadian Squires. The next year, Bob Dylan hired them for his U.S. tour in 1965 and world tour in 1966. Following the 1966 tour, the group moved with Dylan to Saugerties, New York, where they made the informal 1967 recordings that became The Basement Tapes, which forged the basis for their 1968 debut album Music from Big Pink. Because they were always “the band” to various frontmen, Helm said the name “The Band” worked well when the group came into its own. The group began performing officially as The Band in 1970, and went on to release ten studio albums. Dylan continued to collaborate with The Band over the course of their career, including a joint 1974 tour.