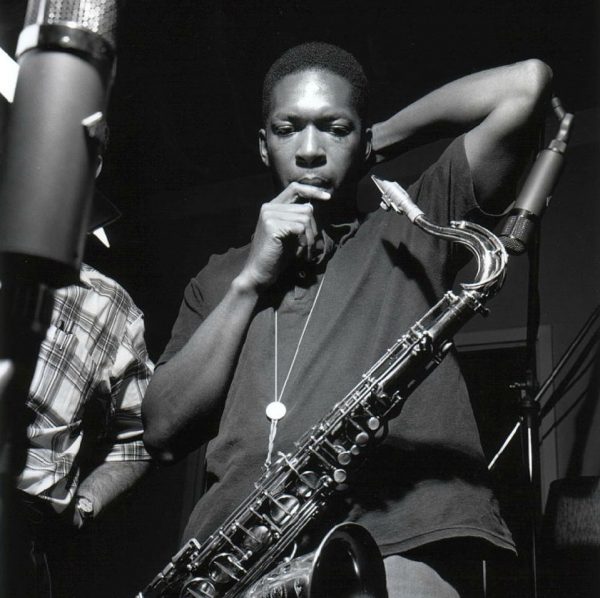 John William Coltrane (also known as “Trane“; September 23, 1926 – July 17, 1967) was an American jazz saxophonist and composer. Working in the bebop and hard bop idioms early in his career, Coltrane helped pioneer the use of modes in jazz and later was at the forefront of free jazz. He organized at least fifty recording sessions as a leader during his recording career, and appeared as a sideman on many other albums, notably with trumpeter Miles Davis and pianist Thelonious Monk. 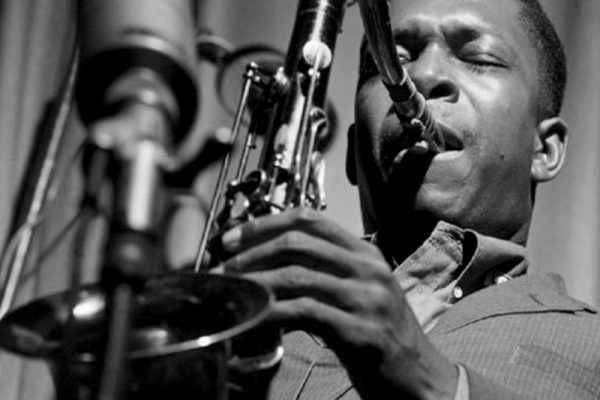 As his career progressed, Coltrane and his music took on an increasingly spiritual dimension. His second wife was pianist Alice Coltrane and their son Ravi Coltrane is also a saxophonist. Coltrane influenced innumerable musicians, and remains one of the most significant saxophonists in jazz history. He received many posthumous awards and recognitions, including canonization by the African Orthodox Church as Saint John William Coltrane. In 2007, Coltrane was awarded the Pulitzer Prize Special Citation for his “masterful improvisation, supreme musicianship and iconic centrality to the history of jazz.” I believe that men are here to grow themselves into best good that they can be – at least, this is what I want to do.
~John Coltrane

Despite a relatively brief career (he first came to notice as a sideman at age 29 in 1955, formally launched a solo career at 33 in 1960, and was dead at 40 in 1967), saxophonist John Coltrane was among the most important, and most controversial, figures in jazz. It seems amazing that his period of greatest activity was so short, not only because he recorded prolifically, but also because, taking advantage of his fame, the record companies that recorded him as a sideman in the 1950s frequently reissued those recordings under his name and there has been a wealth of posthumously released material as well. Since Coltrane was a protean player who changed his style radically over the course of his career, this has made for much confusion in his discography and in appreciations of his playing. There remains a critical divide between the adherents of his earlier, more conventional (if still highly imaginative) work and his later, more experimental work. No one, however, questions Coltrane’s almost religious commitment to jazz or doubts his significance in the history of the music.
~William Ruhlmann (allmusic.com) The influence Coltrane has had on music spans many different genres and musicians. Coltrane’s massive influence on jazz, both mainstream and avant-garde, began during his lifetime and continued to grow after his death. He is one of the most dominant influences on post-1960 jazz saxophonists and has inspired an entire generation of jazz musicians.