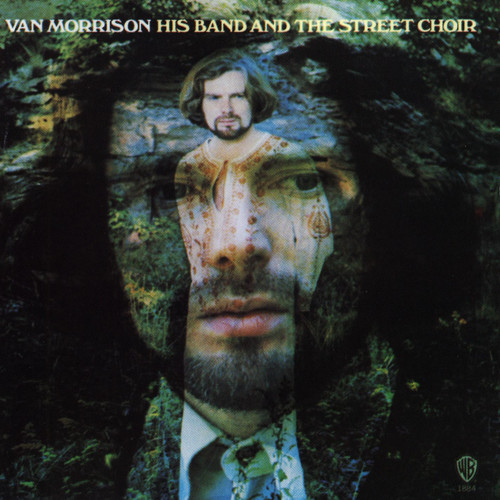 It is the opening track of his fourth studio album, His Band and the Street Choir. This song is Morrison’s personal musical tribute to New Orleans R&B singer and pianist Fats Domino.

It was released by Warner Bros. Records in October 1970 as the first of three singles from the album and reached number nine on the Billboard Hot 100 charts. As of 2016, “Domino” remains Morrison’s highest charting single ever, surpassing Morrison’s signature song, “Brown Eyed Girl” which had charted at number 10 in 1967.

Morrison had written the song several years before it was released in 1970. With Lewis Merenstein as producer, it was recorded on three takes dating back to sessions in autumn 1968 at Warners Publishing Studio in New York City. Another eight takes of the song were recorded during several sessions in 1969 at the same studio and again with Merenstein as producer. The version released on His Band and the Street Choir was recorded in spring 1970 at A & R Recording Studios in New York City with Elliot Scheiner as engineer.

Opener `Domino’ is a kind of steam-driven, funky word-game, which opens nicely, via John Platania’s spindly folk-funk guitar and drops into the percussive sive steps supplied by drummer and associate producer Dahuud Elias Shaar. If Warners were looking for singles then he gave them one here: tight, concise and Stax-funky, `Domino’ is a great song, and part of a line running through Morrison’s songwriting which would lead on to `Wild Night’ and most famously `Jackie Wilson Said. …`Domino’ connects his work not to Woodstock but to Wattstax: Graham Nash it is not. Morrison’s vocal is direct and forceful, and eager to foreground some everyday wisdom, and some early hints at discomfort with having a public image rather than starry-eyed mysticism: ‘And if you never hear from me / That just means I would rather not: The chorus is a rolling word-soup of o-sounds – `Oh, Domino, roll me over Romeo, there you go. .. , while the best musical moments are the stops between chorus-ends and the leap back into the verse: Morrison makes the first with a ‘Dig it!’ (1.13) and the next at the song’s close with And the band … one more time!’ (2.51-58). These ad libs do indeed communicate the `liveness’ of the recording and work every time you listen; it’s hard to hear it and not be cheered up.
–> Peter Mills. (Hymns to the Silence – Inside the Words and Music of Van Morrison)

A punchy affair, with words that mean little, though threatening the whole feelgood thrust of the album… The music is something else again, toughly joyful, with an early Van hymn of praise to the radio…
–> Brian Hinton (Celtic Crossroads – The Art of Van Morrison)

As befits hits, “Domino” and especially “Blue Money” are more celebratory if no more joyous than anything on Moondance, showing off his loose, allusive white r&b at its most immediate.
–> Robert Christgau (http://robertchristgau.com)

I said oh oh Domino, dig it
There’s no need for argument