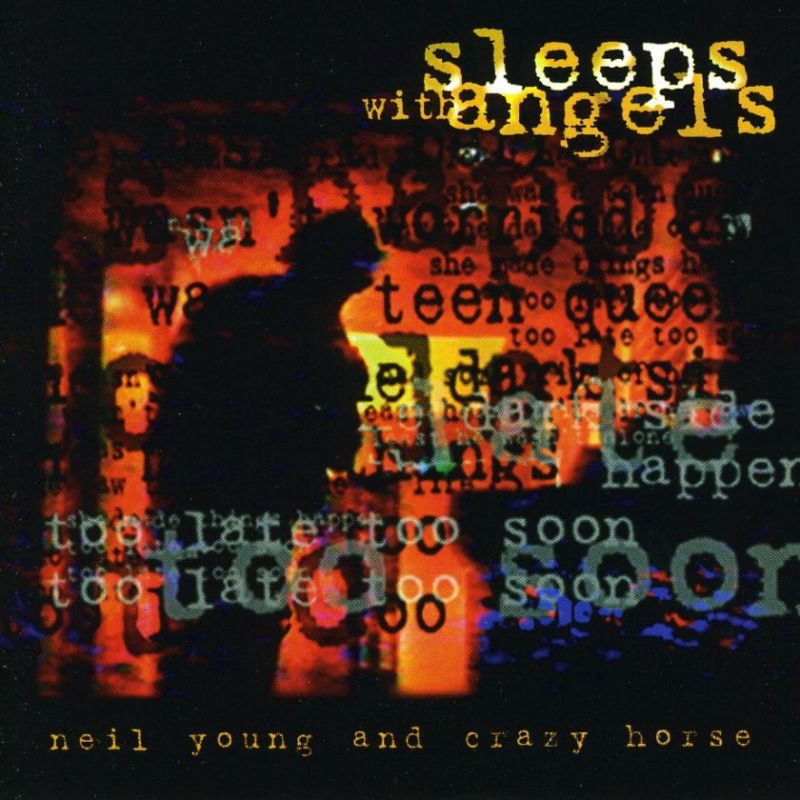 August 16: Sleeps with Angels by Neil Young and Crazy Horse was released in 1994

This is an album that ranks among Neil Young and Crazy Horse’s best, and in effect it is “Tonight’s the night part 2”. It is a dark, brooding masterpiece, with many of the same themes as “Tonight’s…”. It is a record than explain to us why Neil Young have earned the honorary title, The Grunge Godfather.

Sleeps With Angels is the twenty-second studio album by  Neil Young, his sixth with Crazy Horse, it was released on the Warner Bros. Records/Reprise (same as Tonight’s the Night by the way) label.

The album was conceived as a conscious attempt to recapture some of the atmospheric experiments Young and Crazy Horse played around with in the After the Gold Rush era. Though the majority of the album was recorded before the fact, Young created the title track after the death of Kurt Cobain, who quoted him in his suicide note.  The tone of the album is dark and brooding, the one exception being the punk-influenced “Piece Of Crap”.  Two songs (“Western Hero” and “Train Of Love”) feature the same music with differing lyrics.

“The album thus has a tired, mournful feel that is both compelling and off-putting. Young had not investigated such forbidding territory since the days of Tonight’s the Night and On the Beach, and Sleeps With Angels is on a par with those often harrowing works.”

Let’s also have a listen (and look) at the 15 minute centerpiece, Change Your Mind, fantastic stuff!

“NEIL YOUNG IS A GENIUS. There, I said it. Even his most obscure albums have songs that are so beautiful and so moving that you can’t believe they weren’t huge hits. I’ve been listening to Sleeps With Angels a lot recently. That’s a beautiful record. Western Hero is a gorgeous, Trans Am is incredible and Change Your Mind is one of the most fantastic songs ever written. And this is one of the records that people don’t even talk about much. Every era of his career is amazing.”
– Stone Gossard (Pearl Jam)

Here is the album on Spotify:

2 thoughts on “August 16: Sleeps with Angels by Neil Young and Crazy Horse was released in 1994”