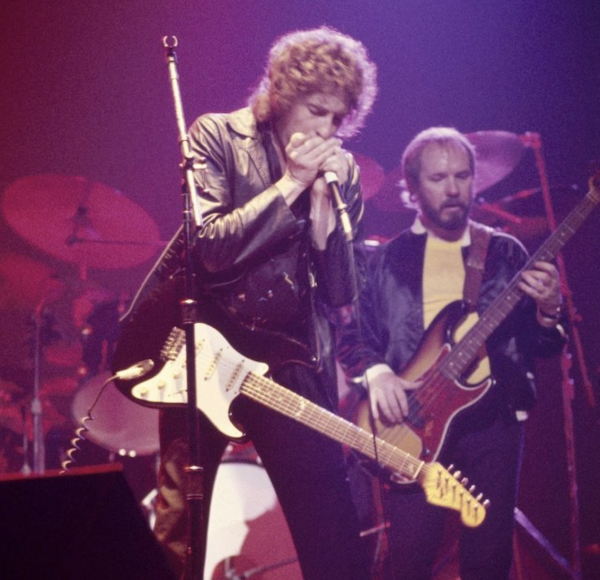 PV: You’re not preaching to us?
Dylan: No, no I’m not… I’m not… I’m not (pause) I could do a little bit of this and a little bit of
that but right now I’m just content to play these shows. I don’t have, uh… this is a stage
show we’re doing, it’s not, uh, a salvation ceremony.
-Paul Vincent Interview, San Francisco – November 18, 1980

You may be an ambassador to England or France
You may like to gamble, you might like to dance
You may be the heavyweight champion of the world
You may be a socialite with a long string of pearls

What Can I Do For You?

The Groom’s Still Waiting At The Altar

We’re gonna play a new song here in the key of A. This is called The Groom Is Still Waiting At The Altar.
–
Prayed in the ghetto with my face in the cement
Heard the last moan of a boxer, seen the massacre of the innocent

I play this song here for someone who came before to come to see me. A young girl I met in Durango Mexico, 1972. She’s out there somewhere I know. Are you out there? [cry from crowd “Yes”] OK. Well, then I’ll play it. Anyway her name is Victoria, she’s a, she’s a happy married young lady now, I think.
–
Senor, senor, do you know where we’re heading?
Lincoln County Road or Armageddon?
Seems like I been down this way before
Is there any truth in that, senor?