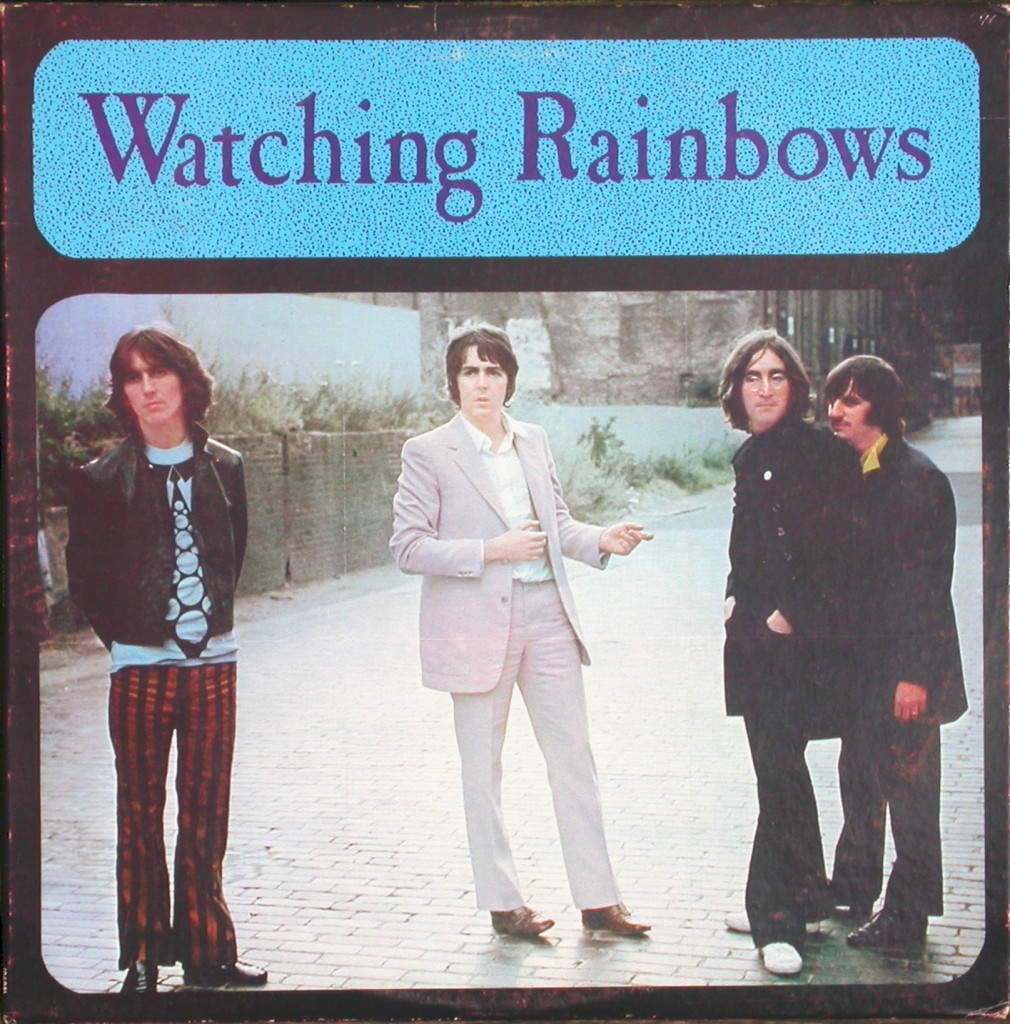 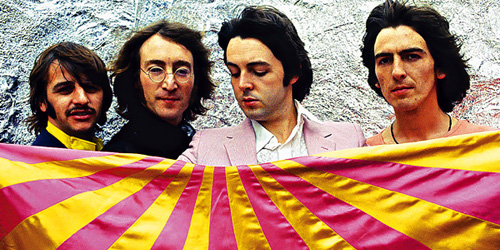 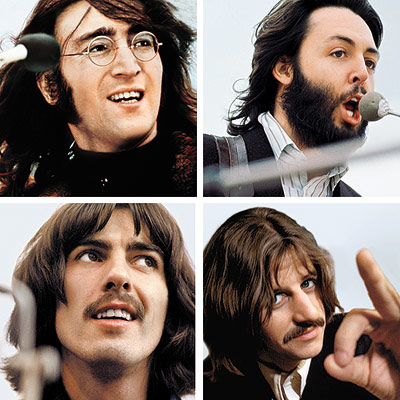 The song  is the result of a loose jamming session during Harrison’s five day absence, but the more I listen to it, the more I wish they would’ve finished it. It was improvised by Lennon while he, Starr and McCartney were running through two other songs of his, the future Abbey Road’s “Mean Mr. Mustard” and the unreleased song “Madman”, which the Beatles ultimately abandoned after a few run-throughs.

Watching Rainbows features no bass (as I’ve already mentioned), as Paul McCartney had to abandon the instrument to fill in for George’s lead guitar as Lennon sang.

The song was never officially released, the melody evolved into several songs , Two of Us  and  I’ve got a feeling  come to mind (…some have suggested that Come Together also springs from this jam).

“Standing in the garden, waiting for the sun to shine”  reminds us of a line from an earlier Beatles tune, I Am the Walrus, which has the line “Sitting in an English garden, waiting for the sun.” Because of this slight similarity, the song is often interpreted as being derived or loosely inspired by “I Am the Walrus”. Not in my ears, but who knows…

Watching Rainbows was also the name of a bootleg, released in 1978 and the picture at the beginning of this post is taken from that “boot”.

Here are the lyrics to Watching Rainbows as the ones in the video from Youtube are a bit off in places… John Lennon is probably the writer.

Standin’ in the garden
Waitin’ for the sun to shine
Hand on my umbrella, with his girl
I wish she was mine
Everybody knows to think a thing
It didn’t come

Lookin’ at the fancy next-door neighbors
Cryin’ to their mom, “I’m dyin’ to set sail there”
Everybody’s got to have somethin’ hard to hold