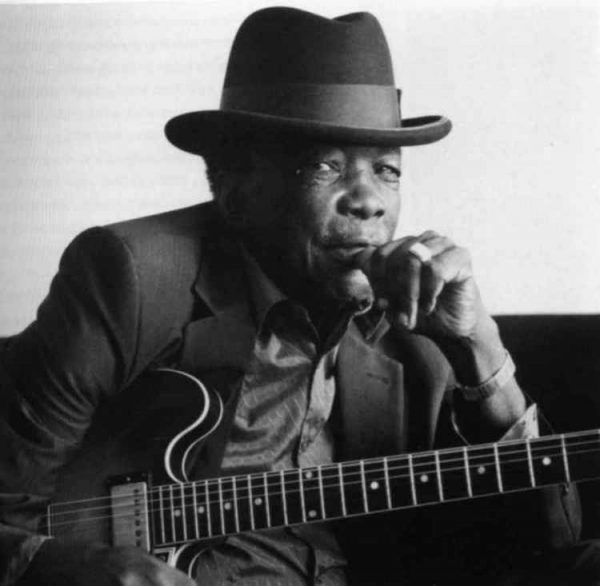 Hooker began his life as the son of a sharecropper, William Hooker, and rose to prominence performing his own unique style of what was originally a unique brand of country blues. He developed a ‘talking blues’ style that was his trademark. Though similar to the early Delta blues, his music was metrically free. John Lee Hooker could be said to embody his own unique genre of the blues, often incorporating the boogie-woogie piano style and a driving rhythm into his blues guitar playing and singing. His best known songs include “Boogie Chillen'” (1948), “I’m in the Mood” (1951) and “Boom Boom” (1962), the first two reaching R&B #1 in the Billboard charts.

He was beloved worldwide as the king of the endless boogie, a genuine blues superstar whose droning, hypnotic one-chord grooves were at once both ultra-primitive and timeless. But John Lee Hooker recorded in a great many more styles than that over a career that stretched across more than half a century.
-Bill Dahl
Read more -> allmusic.com

John Lee’s style has always been unique, even among other performers of the real deep blues, few of whom remain with us today. While retaining that foundation he has simultaneously broken new ground musically and commercially. At the age of 80, John Lee Hooker received his third and fourth Grammy Awards, for Best Traditional Blues Recording (Don’t Look Back) and for Best Pop Collaboration for the song “Don’t Look Back” which Hooker recorded with his long time friend Van Morrison.
~johnleehooker.com

One Bourbon, one Scotch, one Beer: