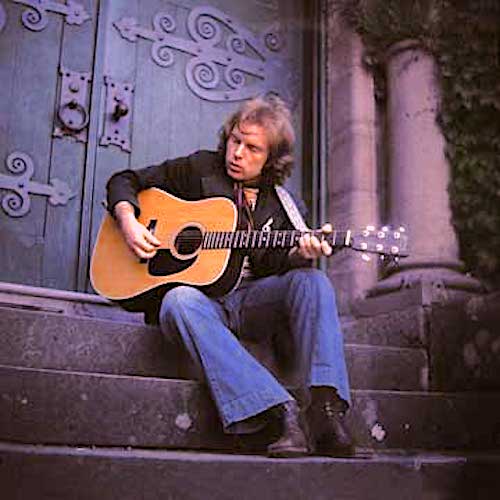 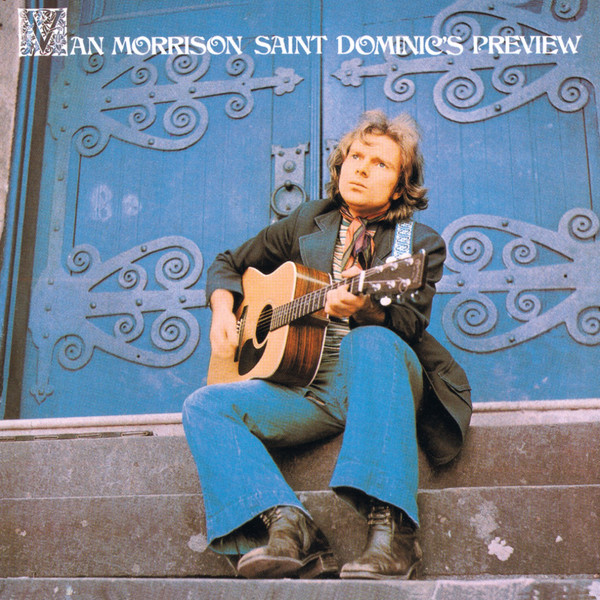 The title song of the sixth album by Northern Irish singer-songwriter Van Morrison, released in July 1972 by Warner Bros.. It was recorded at the Wally Heider Studios in San Francisco in April 1972, with overdubs made later on. Morrison wrote it in a stream of consciousness in the same vein as some of his earlier works, particularly those on Astral Weeks. The song’s narrative moves from France to San Francisco, Morrison’s place of residence at the time, to Belfast, where he grew up.

Saint Dominic’s Preview has been described as one of his most allusive, containing wide-ranging references including The Troubles, Morrison’s pre-fame career cleaning windows, Notre-Dame cathedral and the vicissitudes of the recording industry. The song also mentions Edith Piaf, Irish poets W. B. Yeats and James Joyce and country singer Hank Williams. Gary Mallaber and Jack Schroer (from the Moondance album) play drums and saxophone respectively and Morrison’s then wife, Janet Planet, is one of the back-up vocalists.

I’d been working on this song about the scene going down in Belfast. And I wasn’t sure what I was writing but the central image seemed to be this church called St Dominic’s where people were gathering to pray or hear a mass for peace in Northern Ireland. A few weeks later I was playing at a gig in Reno, Nevada. I picked up a newspaper, and there in front of me was an announcement about a mass for peace in Belfast to be said the next day at St Dominic’s Church in San Francisco. Totally blew me out. Like I’d never even heard of a St Dominic’s Church.
–> Van Morrison (to John Grissim)

Here is the Santa Monica 1972 version:

“St. Dominic’s Preview.” You know something? I haven’t a clue to what it means.
–Van Morrison (talking to John Grissim)

“The six-and-a-half-minute title cut which opens side two nicely straddles the gap between the album’s two styles. Instrumentally it is very similar to “Tupelo Honey.” The arrangement and vocals are joyously full-bodied and enhanced by John McFee’s steel guitar. However, the dense verbiage (more complex than on any other cut) is disjunctive and arcane, juxtaposing images of mythic travel, with those of social alienation, with reference to James Joyce and Northern Ireland. Within this deliberately obscure but provocative narrative recurs the refrain of Van’s apocalyptic vision which he calls Saint Dominic’s Preview. I was uneasy about Van’s insistence on employing a basically private mythology in Astral Weeks, evocative as it was, and I am uneasy about “Saint Dominic’s Preview” for the same reason. The words are difficult to follow, and the album provides no lyric sheet. Nevertheless Van achieves his effect — contrasting a restless, ominous perspective of the present with his certainty of a positive, perhaps ultimate resolution just ahead.”
–> Stephen Holden (Rolling Stone Magazine – album review)

“The song was stirring. It was exhilarating. The singer’s commitment to his every word passed over to the listener even if the listener had never wasted a thought on Northern Ireland; there was a sense of engaging with the world on your own terms. As the scene shifted from Belfast to San Francisco to New York, shifted in phrases that barely made more narrative than a single word, as the story went from people being shot down in one street to people looking away from others as they walked down another to a rock ’n’ roll singer at a party to promote his new album, what could have been felt as a slide from the profound to the trivial remained a story that stayed on its feet, that surrendered not a single measure of moral right from one side of the story to the other. When the song ended, you could feel you’d been around the world.”
–> Greil Marcus (When That Rough God Goes Riding: Listening to Van Morrison)

“..by some distance, the densest and most allusive songs on the record and one of the most striking in the Morrison canon.
…. So, how would I interpret the song? As a series of largely autobiographical shards from a young man who has travelled the world and achieved a great deal, but doesn’t feel nearly as settled or satisfied as people might expect. If the writer was ten years older one might say that it was a song of incipient midlife crisis – but he had already packed a lot into his life and his homeland was on the brink of civil war so maybe that is still an apt description. There is a kaleidoscope of memories and impressions and an attempt to corral them within a framing vision; a look forward to (or a preview of) a hoped-for time when things will be calmer and make more sense.”
–> Peter Wrench (Saint Dominic’s Flashback: Van Morrison’s Classic Album, Forty Years On)

The title track is one of Morrison’s most riveting compositions. Ushered in by Tom Salisbury’s sepulchral piano and organ, draped in John McFee’s weeping pedal steel, Bill Church’s electric bass kicks it into touch. Lyrically, Morrison seems to have had the Thesaurus open at “cryptic”, the lyrics of ‘Saint Dominic’s Preview’ are as uncrackable as an Enigma code. P.F. Sloan – author of Barry McGuire’s “Eve Of Destruction’ – is namechecked, as are Hank Williams, Safeway supermarkets, Edith Piaf’s ‘No Regrets’, Joyce (James? Grenfell?), “chains, badges, flags and emblems…” and Belfast City too. There’s also something in there about freeloaders at a record company shindig, but as to the actual meaning? Well you got me. All I know is that “Saint Dominic’s Preview’ has all the greatness you associate with Van Morrison at his rampaging best.
–> Patrick Humphries (The Complete Guide to the Music of Van Morrison)

Meanwhile back in San Francisco
We’re trying hard to make this whole thing blend
As we sit upon this jagged
Storey block, with you my friend

No one’s making no commitments
To anybody but themselves
Talkin’ behind closed doorways
Tryin’ to get outside, get outside of empty shells

And for every cross cuttin’ country corner, country corner
For every Hank Williams railroad train that cried
And all the chains, badges, flags and emblems
And every strain on brain and every eye

That’s the way it all should happen
When you’re in, when you’re in the state you’re in
You’ve got your pen and notebook ready
I think it’s about time, time for us to begin

Jealous Of The Birds