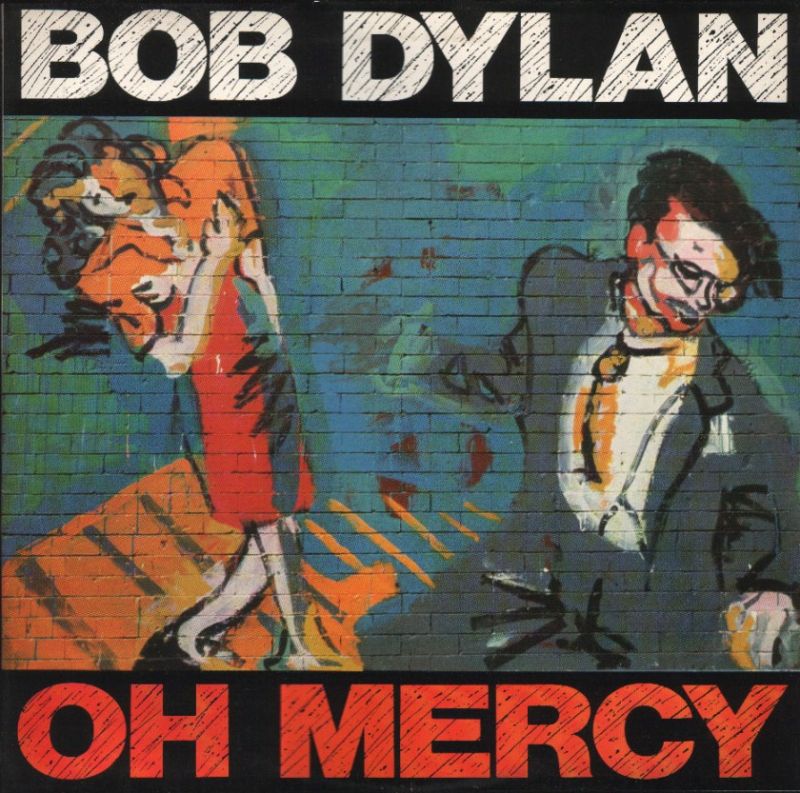 “Most of them [the songs on “Oh Mercy”] are stream-of-consciousness songs, the kind that come to you in the middle of the night, when you just want to go back to bed. The harder you try to do something, the more it evades you. These weren’t like that.”
~Bob Dylan (to Edna Gundersen, 21 September 1989)

While it would be unfair to compare ‘Oh Mercy’ to Dylan’s Sixties recordings, it sits well alongside his impressive body of work.
~Clinton Heylin (Behind The Shades)

Most Of The Time (my fav song from the album):

Oh Mercy is the 26th studio album by American singer-songwriter Bob Dylan, released in September 1989 by Columbia Records. Produced by Daniel Lanois, it was hailed by critics as a triumph for Dylan, after a string of weaker-reviewed albums.Oh Mercy gave Dylan his best chart showing in years reaching #30 on the Billboard charts in the United States and #6 in the UK.

While recovering from a hand injury in December 1987, Dylan wrote “Political World”, his first new song in a long time. According to his autobiography, the lyrics for “Political World” came to him spontaneously and were easy to write; though no melody was composed, he came up with 20 verses. 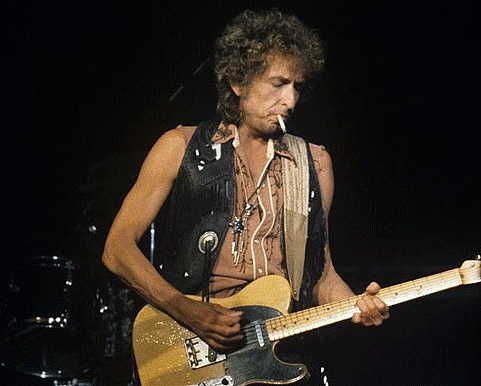 The onset of inspiration did not stop there. Days later (during the first week of 1988), he wrote verses for a second song, “What Good Am I?”, over the course of one evening. The next day, he wrote another called “Dignity”. Unlike his previous two songs, “Dignity” was written with the rhythm, tempo, and melody all in Dylan’s head. Completed over the course of an afternoon and evening, Dylan composed the song after hearing of Pete Maravich‘s death.

Over the next month or so, Dylan composed many more songs (20 by his estimate), including “Everything Is Broken”, “Disease of Conceit”, and “What Was It You Wanted?” Melodies were written for only a few of them. In the meantime, Dylan’s injured hand was healing well; he was encouraged by his doctor to play guitar again. Dylan began playing concerts again soon after his recovery.

As Clinton Heylin reports, while promoting The Traveling Wilburys in the fall of 1988, George Harrison discussed some of Dylan’s upcoming work. “Harrison enthused about Dylan’s new songs…informing a skeptical world that the experience of recording the Wilburys had given him the urge to write again.” 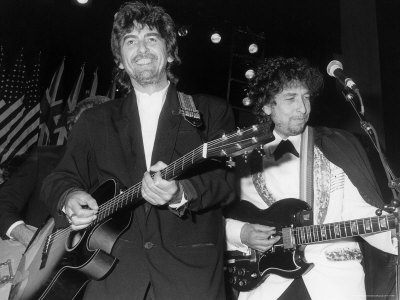 Harrison was not the only peer to receive a preview of Dylan’s next album. Earlier that year, Bono, lead singer of U2, paid Dylan a visit at his home. When he asked Dylan if he had written any new songs, Dylan showed him the ones stored in his drawer. Bono urged him to record the songs, but Dylan was reluctant. 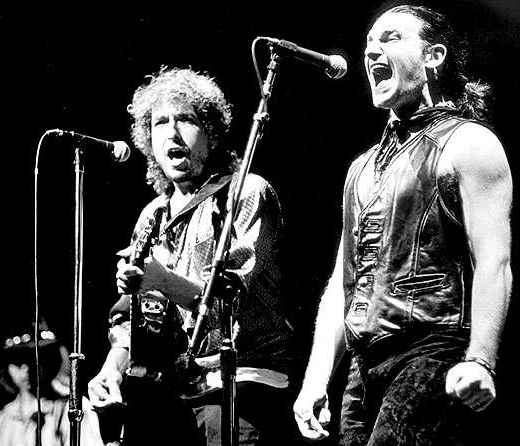 In a 1989 interview, Dylan said, “Bono…suggested that Daniel [Lanois] could really record them right. Daniel came to see me when we were playing in New Orleans last year and…we hit it off. He had an understanding of what my music was all about. It’s very hard to find a producer that can play…and [still] knows how to record with modern facilities. For me, that was lacking (in) the past.”

Daniel Lanois on ‘The Making Of’ Bob Dylan’s ‘Oh Mercy’:

A confident staunching of the flow, with an album that is accessible, authoritative and substantial. Attentively written, vocally distinctive, musically warm and produced with uncompromising professionalism, this cohesive whole is the nearest thing there is to a great Bob Dylan album of the 1980s. DANIEL LANOIS’ determination to wrest such an album out of Dylan, and the plangent panache his production spreads across a variable collection of material, made for something overrated at the time (understandably, after what had gone before); but it remains a singular, welcome item in Dylan’s huge back-catalogue. An honourable minor work, well-received by the public and reviewers, and marred only by the feeling that Dylan has one eye on that public approbation:
that he is asking if this is the sort of album people want from him. It’s all just a little too careful, guarded and stiff to be great Bob Dylan. Standout tracks: ‘Where Teardrops Fall’, ‘Ring Them Bells’, ‘Most of the Time’, ‘What Was It You
Wanted?’ Tracks recorded but not selected: ‘Dignity’ and ‘Series of Dreams’.

The making of the album is the subject of the fourth of the five main sections in Dylan’s vivid memoirs, Chronicles Volume One, including thoughts on how the album turned out and on what he might have done differently if making the album again.

Here is a fantastic live version of “Man In The Long Black Coat” from Fürth Stadthalle, Germany 1995:

From Rollingstone.com review by ANTHONY DECURTIS:

Oh Mercy can perhaps best be thought of as a collaboration between Dylan and producer Daniel Lanois. Lanois, who most recently produced the Neville Brothers’ extraordinary album Yellow Moon, hooked Dylan up with members of the Nevilles’ band — guitarist Brian Stoltz, bassist Tony Hall, drummer Willie Green and percussionist Cyril Neville — and fashioned evocative, atmospheric soundscapes that elicit every nuance of meaning from Dylan’s songs while never overwhelming them. Dylan’s lyric style on Oh Mercy — a plain-spoken directness with rich folkloric and Biblical shadings — finds an ideal setting in the dark, open textures of Lanois’s sonic weave.

The thematic context for Oh Mercy is defined in “Political World,” a churning rocker stricken with anxiety and despair, and “Everything Is Broken,” a rollicking catalog of psychic dislocation. The cultural breakdowns chronicled in those songs are mirrored on a more personal level in the dreamy ballads “Most of the Time,” a love song of taunting regret in Dylan’s characteristic manner, and the self-examining “What Good Am I.”
.. read more @ rollingstone.com

When Rolling Stone magazine wrote “it would be unfair to compare Oh Mercy to Dylan’s landmark Sixties recordings”, author Clinton Heylin countered this remark, arguing that the Oh Mercy sessions had the songs to compete with Dylan’s most celebrated work. A few of these songs were not issued on the album, but they soon found their way into private circulation where they acquired a strong reputation among critics and collectors.

The two most celebrated outtakes from Oh Mercy’s sessions, Dylan would not only perform “Dignity” and “Series of Dreams” live, he would eventually release them. “Series of Dreams” was the final track on The Bootleg Series Volumes 1–3 (Rare & Unreleased) 1961–1991, and it was later included on 1994’s Bob Dylan’s Greatest Hits Volume 3. “Dignity” was performed live during a 1994 appearance on MTV Unplugged, and the same performance was later issued on the accompanying album. A remixed version of “Dignity” featuring new overdubs was released on Bob Dylan’s Greatest Hits Volume 3, while the original Lanois production would not see release until the soundtrack album of the television show, Touched by an Angel.