It was raining heavily and I was standing in the doorway of my Trailer in the band enclosure, watching the water rise quicker and quicker, so that now it was running into my trailer. There was a crack of thunder, I looked up and saw a man in a hooded windcheater rowing a tiny boat across the enclosure toward me. The water is now up to my knees. The man pulls the boat in and extends a hand that has a long thumbnail. His hand in mine feels smooth and cold, but giving. The man, who is Bob Dylan, say something like, “I like your stuff,” and before I can reply, he turns the boat around and rows back to his trailer.
-Nick Cave

Nick Cave about Dylan’s “I Threw It All Away” 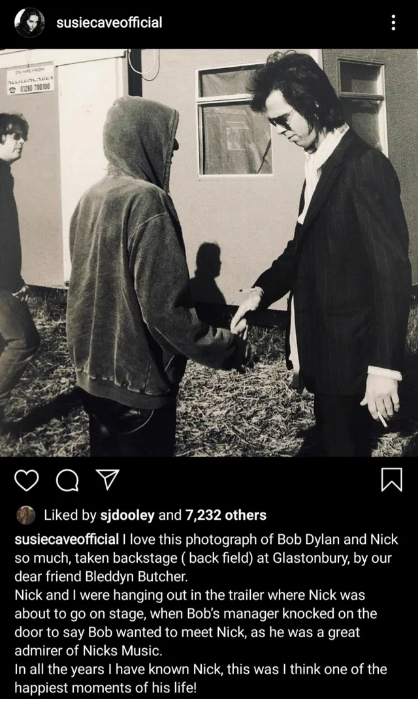