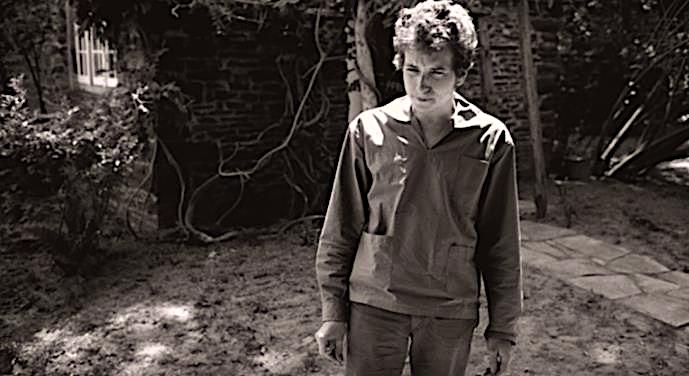 “Restless Farewell” was recorded on October 31, 1963 in Columbia Recording Studios, New York City and released on his third studio album The Times They Are a-Changin’ in 1964. It is based on the Scottish folk song “The Parting Glass“.

Oh, all the money that in my whole life I did spend
Be it mine right or wrongfully
I let it slip gladly to friends
To tie up the time most forcefully
But the bottles are done
We’ve killed each one
And the table’s full and overflowed
And the corner sign
Says it’s closing time
So I’ll bid farewell and be down the road

It is a memorable declaration of independence from ‘unknowin eyes,’ signalling a desire to write only ‘for myself from this point forwards. Never again would he knowingly expose himself to anyone looking to bury him in a ‘dust of rumors.’ As he told critic Robert Hilburn twenty years later, ‘It was right to be vague [in those early interviews] because they were trying to dig a hole for you…. You had to respond in a way that wouldn’t hurt you.’ His guard was now up. As for ‘Restless Farewell,’ it served its purpose the minute he got it out of his system.
–> Heylin, Clinton. Revolution in the Air: The Songs of Bob Dylan 1957-1973 (Songs of Bob Dylan Vol 1)

Oh, ev’ry foe that ever I faced
The cause was there before we came
And ev’ry cause that ever I fought
I fought it full without regret or shame
But the dark does die
As the curtain is drawn and somebody’s eyes
Must meet the dawn
And if I see the day
I’d only have to stay
So I’ll bid farewell in the night and be gone